[su_spacer size=”20″] The Football Writers Association of America and National Football Foundation released their Super 16 Poll results after week 1 of the 2015 college football season. Ohio State remained at the top as expected after the Buckeye’s victory over Virginia Tech on Monday night. Arizona State dropped out of the Super 16 after their loss to Texas A&M on Saturday, and the Aggies moved up into the 16th spot. 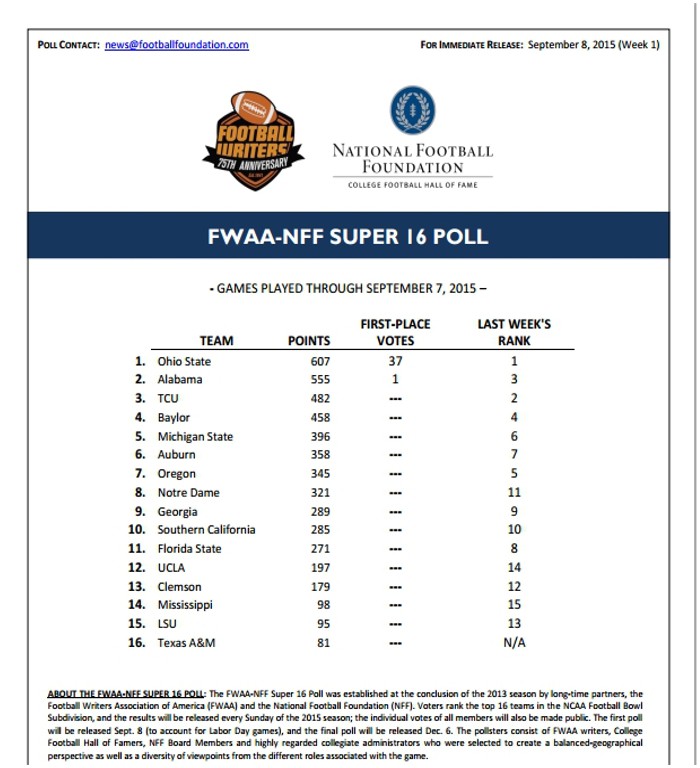