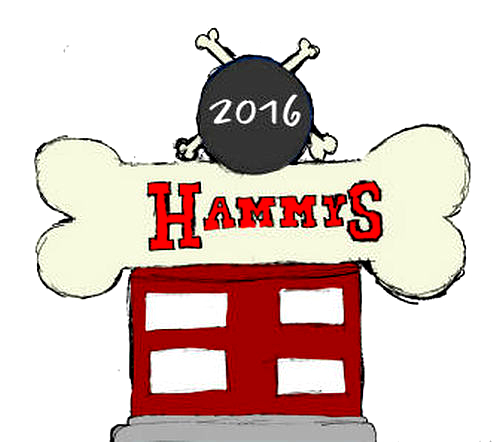 Three years ago I was fortunate enough to have the opportunity at the end of football season to write an article for the Bulldawg Illustrated. And thus, the SEC Hammys were born. In the past, the awards have been given strictly to SEC players, but this year I’m expanding to all of college football! Drumroll please….

QUARTERBACK OF THE YEAR

In every conference of college football, there are standout quarterbacks. In the SEC there is Chad Kelly and Jalen Hurts. The ACC boasts Heisman winner Lamar Jackson. In the Big 10, JT Barrett is catching people’s eyes as he closes the 2016 season out with another playoff appearance. Also the Big 12 has its own quarterback phenoms like Baker Mayfield. A huge surprise in the college football world, Quinton Flowers, the quarterback at University of South Florida has had an impeccable season. Finally, in the Pac- 12, Jake Browning and Luke Faulk have had strong performances all year as well. Let me cut to the chase. In my opinion, this award goes to Baker Mayfield.

The Oklahoma Sooners struggled in the beginning of the season, but Baker found his rhythm and hasn’t stopped. This season he threw for 3,669 yards and 38 touchdowns. The numbers really show his excellence.

RUNNING BACK OF THE YEAR

At the beginning of this season, I probably would’ve said Christian McCaffrey or Leonard Fournette would have been the top competitors for this award, but there have truly been some surprise players in 2016. One of the surprises is true freshman out of Penn State, Saquon Barkley, and he wins this award. His explosiveness has been like no other. Synonyms to his name are jukes, hurdles, cut backs, and flat out speed. There is not much more a running back needs to be successful. His numbers have been pretty good, but the skill this man has is untouchable.

WIDE RECEIVER OF THE YEAR

Last year, a true freshman from Alabama, Calvin Ridley, killed it, but this year wasn’t as much of a standout season. Another honorable mention is the senior wide receiver Zay Jones. He plays for East Carolina, and he will definitely go high in the draft. The winner is Heisman candidate, Dede Westbrook, a senior at Oklahoma. He has had a huge season. He had a total 16 touchdowns with 1,465 yards off of 74 receptions, and the pass is coming from star quarterback Baker Mayfield.

DEFENSIVE PLAYER OF THE YEAR

This is an almost hands down winner, but there is a player worthy of mentioning. He goes by the name of Jabrill Peppers (Michigan). He has called so much attention to himself because of his Heisman campaign and his versatility, but the winner is Zach Cunningham. He is a redshirt junior at Vanderbilt and leads the SEC in tackles with 119. He’s definitely the winner of this award.

KASAYS’ KICKER OF THE YEAR

This award was a landslide.

After Georgia’s struggle at the beginning of the year at the kicking position, Rodrigo Blankenship stepped in. How can you not like this man? He might be the ultimate GOAT (greatest of all time)! He has his signature coke bottle glasses and a boot to get the ball through the uprights. He has made 13 field goals and 22 PATs combined for 61 points. Thank goodness for the good luck green tee!

Before the 2016 college football season commenced, Michigan announced that their new uniforms would be designed by Jordan. The uniforms are very classic with a small addition of the Air Jordan logo on the jersey, pants and gloves. Both the home and away uniforms are amazing! Their helmets are also the bomb. The change in the logo secures the win.

TOUCHDOWN “DANTZ” OF THE YEAR

The junior running back, Sony Michel, has been a huge part of the Dawgs’ running core, but his touchdown dance has really caught on among fans and players. When Sony scores he drops the ball walks to the back of the end zone and does “jazz hands.” This dance is so big on the football team, Sony taught the team how to do it. Now, when he scores, a lot of the players join in.

Before I say anything, let me say this is for the ladies. Word on the street from my lady friends is Christian McCaffrey is a good looking dude. As my mom would say, this blondie with blue eyes appears to be the whole package… smart, cute, and talented!

During championship week there was some blood, sweat, tears, and huge hits settled on the gridiron. Specifically, the Big 12 Championship. This game was played between arch rivals Oklahoma and Oklahoma State. During the 2nd quarter of the game, the Oklahoma quarterback, Baker Mayfield, threw a tight spiral across the middle of the field to Oklahoma wide receiver, Dede Westbrook. Westbrook went up to grab the ball out of the air, and Oklahoma State safety, Jordan Sterns knocked him. It was a controversial and ultimately no targeting was called. All I can say, it was a huge hit! Westbrook was out on the field for a while, but he returned to the game with no injury.

This year on October 8, 2016 the Michigan Wolverines beat the Rutgers Scarlet Knights 78-0. I have nothing else to say about this except, it was a landslide!

This season of college football was filled with insane games between great teams. Opening week of college football was the best opening week there has ever been. Throughout the season, there were many matchups between two top 25 teams, which resulted in only two undefeated division one teams: Alabama and Western Michigan. All in all, the matchup of the year was the Big 10 Championship between now ranked #5 Penn State Nittany Lions vs. #8 Wisconsin Badgers.

This might be the toughest award I will hand out, but the winner of this award is Tennessee’s Hail Mary pass with six seconds to go in the game. Joshua Dobbs threw it up for someone to catch, and, of course, Tennessee’s Jauan Jennings came down with it. As most of you will agree, it’s devastating to admit it was against us. Literally, it was the most painful play for me because I separated my shoulder the play before, prematurely celebrating our win, and to top it all off we lose on the very next play. This was the first time in the SEC there had been a time expiring game winning play since the 2013 Iron Bowl when the “Kick Six” occurred.

COACH CAVAN’S COACH OF THE YEAR

The Louisiana State University Tigers had a lot of trouble with long time head coach Les Miles this year. The Tigers were expected to be in the top four by the end of the season, but they were 2-2 four games into the season, so LSU fired Coach Les Miles. They hired Ed Orgeron as the interim head coach on September 25, 2016. He came and led the team to only two more losses, which were versus Alabama and Florida. He was named the LSU head coach on November 26, 2016. The way he stepped in and turned the team momentum around won him this award. The fans and players of LSU love him.

THE LEAVYS’ DAMN GOOD PLAYER OF THE YEAR

With all of the amazing talent in college football, Michigan’s Jabrill Peppers wins the player of the year because he is so versatile. He plays on both sides of the ball along with special teams. His rushing, receiving, kick and punt return stats are outstanding. The fact he did not win the Heisman does not leave me speechless but I am surprised.

These awards have a special meaning to me, so this year, as you can see, I’ve named the awards after people who I have interviewed. These men and women haven’t just been interviewees, they better my writing, and extend such kindness while taking time out of their busy schedules to meet with me. I also want to give a special thanks to Cheri and Vance Leavy. I really can’t thank them enough for trusting me to contribute to their magazine. Thanks to everyone for an unbelievable opportunity with this magazine, and an awesome football season! Looking forward to 2017. GO DAWGS!