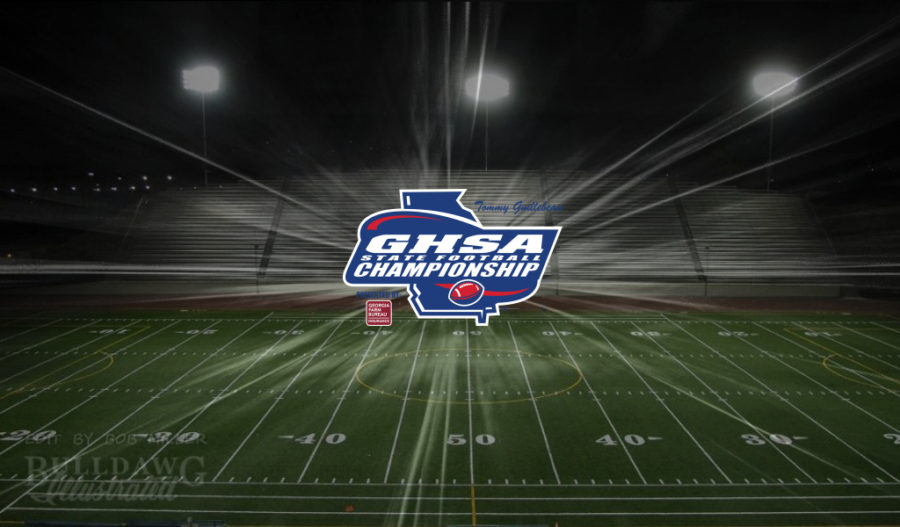 Last weekend, inclement winter weather in the Atlanta-metro area and North Georgia resulted in the GHSA having to cancel and postpone six of the eight State Football Championship games. Those six games have been rescheduled to be played this Friday evening on December 15th.

Instead of the Mercedes-Benz Stadium in Atlanta, the remaining games will be played at various high school sites around the Peach State, and the kickoff time for each title game is scheduled for 7:30 p.m. ET. Not all games will be televised. Georgia Public Broadcasting will televise the Class 7A final between Colquitt County and North Gwinnett. The other five games will be carried via live video stream online at NFHSNetwork.com. Here is a schedule of this Friday’s GHSA State Football Championship games:

Parents with infants and toddlers: “Babies in arms” will be admitted free of charge to all events in the company of a ticket or pass holder.

For fans that did purchase a ticket last weekend, you can do so at the gate at each of the hosting high school stadiums. Tickets are $20 at the gate.

Here is GHSA’s statement on the refund policy for fans that pre-purchased parking for the last weekend’s games at the Mercedes-Benz Stadium.

Pre-Purchased Parking Refunds: Customers can call 866-330-7275 to get a refund. They will need to have their order number & billing address ready. We are very sorry, but it will not be possible to refund parking passes already used on Friday, December 8, pre-sale tickets purchased for the games at the Mercedes-Benz Stadium, or the $2 facility fee added to tickets purchased for those games.”

The Colquitt County at North Gwinnett 7A championship game wil be carried via live stream online at gpb.org CLICK HERE.