After the completion of each of the conference teams’ regular season schedules on Saturday, the seeding and brackets for the 2017 SEC Men’s Basketball Tournament was released. UGA has earned the No. 8 seed and will get a first-round bye in the tournament. The Bulldogs will play the 9th seed Tennessee Volunteers in round 2 on Thursday at 1:00 p.m. ET in Nashville, TN at Bridgestone Arena.

The bracket is set.

Georgia will face Tennessee at 1pm ET on Thursday in the @SEC Tournament. #GoDawgs pic.twitter.com/MqHgQ6wZGZ 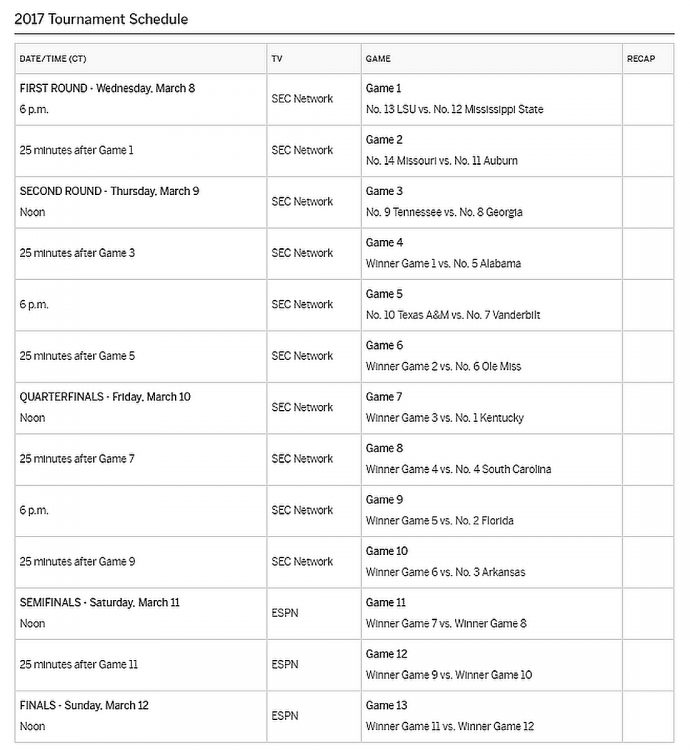