The Georgia Women’s basketball team dominated tonight against Kennesaw State in a spectacular defensive performance. The Dawgs at one point during the game prevented the Owls from scoring for over 23 minutes. The Dawgs came out on top winning the game 82-40.

The offense also did a great job to counter the defense. All nine players on the roster scored at least two points during the matchup. The entire team shot 58.2 percent from the field. However, the majority of the points came from Caliya Robinson and Mackenzie Engram.

Caliya Robinson was the team’s leading scorer by recording 25 points, and she came down with ten rebounds. This game was her second double-double of the season. She shot 53 percent from the floor and made six-out-of-nine from the line.

Another high scorer was Mackenzie Engram. She put up 23 points and had eight rebounds on the night. She was the main contributor off the bench and made an impact on her 21st birthday. The 23 points were a career high for Engram. She shot 66 percent from the floor and made 10-out-of-15 shots. 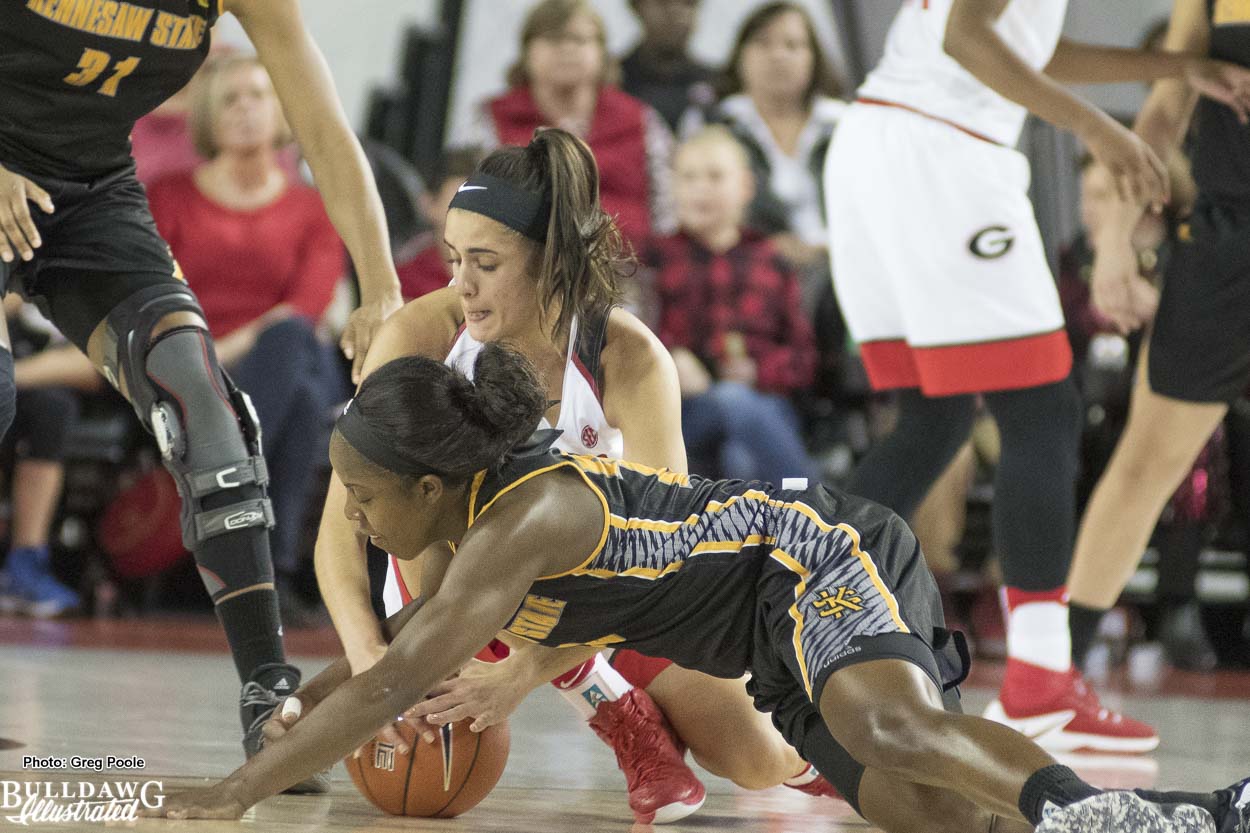 To begin the third quarter the Owls came out hot, scoring a quick five points. However, that wasn’t enough to keep up with Georgia’s offense and tough defense. The defense committed 12 steals and had eight blocks. Robinson had four of those blocks. Georgia also shut down the Owls offense as they only shot 27.8 percent from the floor through the entire game.

The Lady Dawgs next game will be on Saturday as they travel to Stillwater, Oklahoma to take on Oklahoma State. Tip-off will be at 8 p.m.