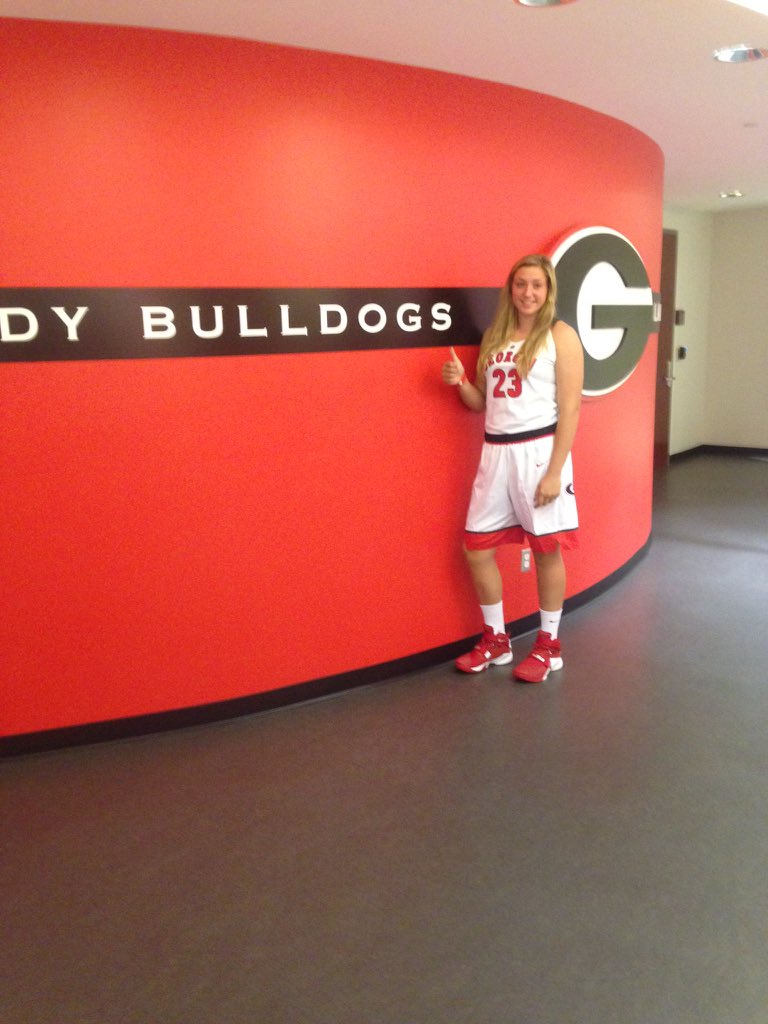 [su_spacer size=”20″] Kortney Eisenman, the No. 15-ranked post player in the 2016 class according to ESPN.com’s HoopGurlz, has signed a National Letter of Intent with the Georgia Lady Bulldogs basketball program, head coach Joni Taylor announced on Wednesday.
[su_spacer size=”40″] A native of Columbus, Ohio, the 6-foot-3 Eisenman is entering her senior season at Upper Arlington High School and will join the Lady Bulldogs at the beginning of the 2016-17 campaign as a collegiate freshman.
[su_spacer size=”40″] “I am extremely excited for Kortney to become a Lady Bulldog,” Taylor said. “Kortney will give us size and strength at the forward position. She has a high basketball IQ, is a great passer and can step off the block and score as well.  There are a lot of things I could say about Kortney and her basketball abilities,  but what has impressed me the most is her work ethic and desire to do whatever it takes to be the best she can be.”
[su_spacer size=”40″] Kortney Eisenman 2016 6’3? C
[su_spacer size=”40″] Eisenman has a long list of accolades which includes an Ohio Division I Associated Press Central All-District Second Team selection this past season after averaging 11.1 points per game to go along with 8.2 rebounds and 3.5 blocks per contest. Her 59.8 percent shooting percentage was the second-highest single season average in school history.
[su_spacer size=”40″] This past year, Eisenman started all 26 games for Upper Arlington as the Golden Bears finished with a 24-2 overall record on their way to an Ohio Division I regional semifinal appearance. In addition to her impressive high school career, Eisenman was a standout player on the West Virginia Thunder AAU team.
[su_spacer size=”40″] Known as a player who combines her strength around the basket with her ability to stretch the defense on the perimeter, Eisenman was named the MVP of the Classic in the Country Tournament, was a AP Special Mention All Metro-12 selection and was named AP Honorable Mention All-Central District.
[su_spacer size=”40″] Eisenman is the first Lady Bulldog signee of the early signing period, which runs from Nov. 11-18.
[su_spacer size=”60″]