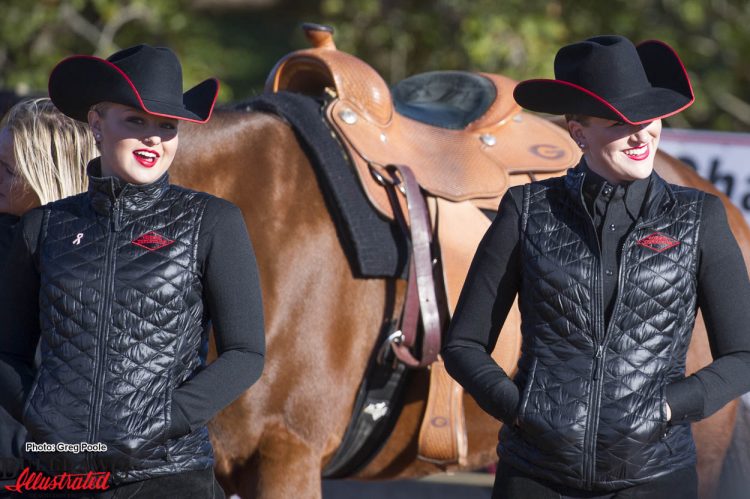 The Georgia equestrian team will host a doubleheader this weekend in Bishop at the UGA Equestrian Center starting today at 2:00 p.m. versus South Carolina. On Saturday, Georgia will compete against Deleware State starting at 10:00 a.m. followed by the University hosting a neutral-site meet between South Carolina and Delaware State on Saturday afternoon.

“There’s nothing better than being able to turn around and compete from one week to the next,” head coach Meghan Boenig said. “There are so many things we want to continue to build on and show off. I think this is a great rapid fire to really prepare for nationals when we have short turnarounds like this. It’s going to be an exciting week.”

Then-No. 4 Georgia put together strong rides on the road, but fell to then-No. 2 Baylor by a 10-7 final score on Saturday, Jan. 28 at the Willis Equestrian Center. Kyndall Harper earned MOP honors with a season-high score of 73 to better Baylor’s Georgia Smith’s 70. Meg O’Mara remains undefeated in Equitation on the Flat this season after posting a 72-70 victory over Madison Day.

South Carolina enters the weekend 3-3 overall, with a 1-2 SEC record. The Gamecocks’ hunt seat squad is led by Chloe Schmidt who has earned seven total points this season, three in Equitation on the Flat, and four in Equitation Over Fences. Caroline Gute leads the reining squad with four points won in five meets competed, while horsemanship has four riders who have each earned two points.

Delaware State enters the weekend 0-7 overall, and 0-2 in the United Equestrian Conference. The Hornets last competed Nov. 12, 2016, a 12-6 loss to SMU. Georgia and Delaware State have competed against four common opponents this season, including Oklahoma State, Auburn, Texas A&M, and Baylor.