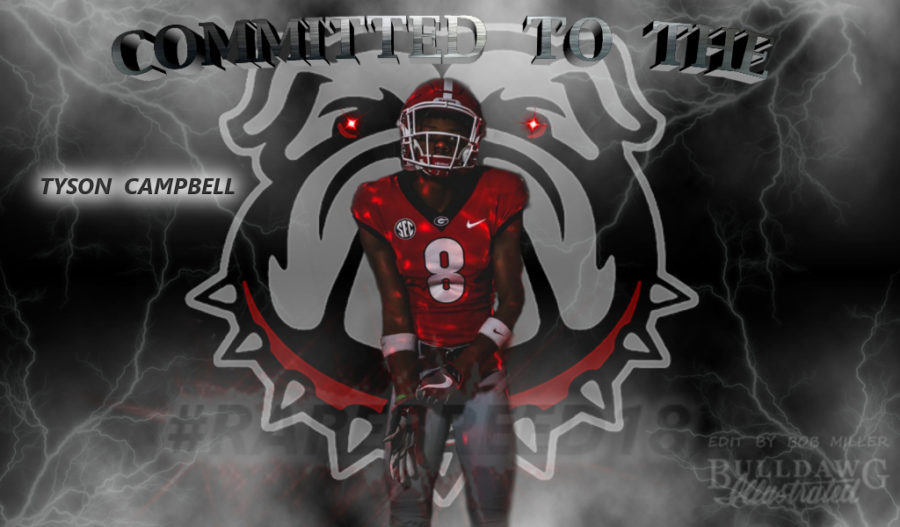 American Heritage High School five-star cornerback Tyson Campbell has committed to the University of Georgia and signed his National Letter of Intent with the Bulldogs. He announced his decision shortly after 10:15 a.m. ET Wednesday morning.

The senior out of Plantation, FL has over 22 scholarship offers and chose UGA over Alabama, Clemson, Miami, Ohio State, and Tennessee, announcing his decision just after 10:00 a.m. ET this morning.

Campbell is a 6 foot 2.5, and 180 lbs prospect who is ranked the No. 2 cornerback by 247Sports and ESPN for the 2018 recruiting class. Rivals ranks Campbell as the No. 4 CB in the nation. All three recruiting services have Campbell rated a five-star CB prospect, and he is considered a top-25 player nationally and a top-10 player from the Sunshine State.