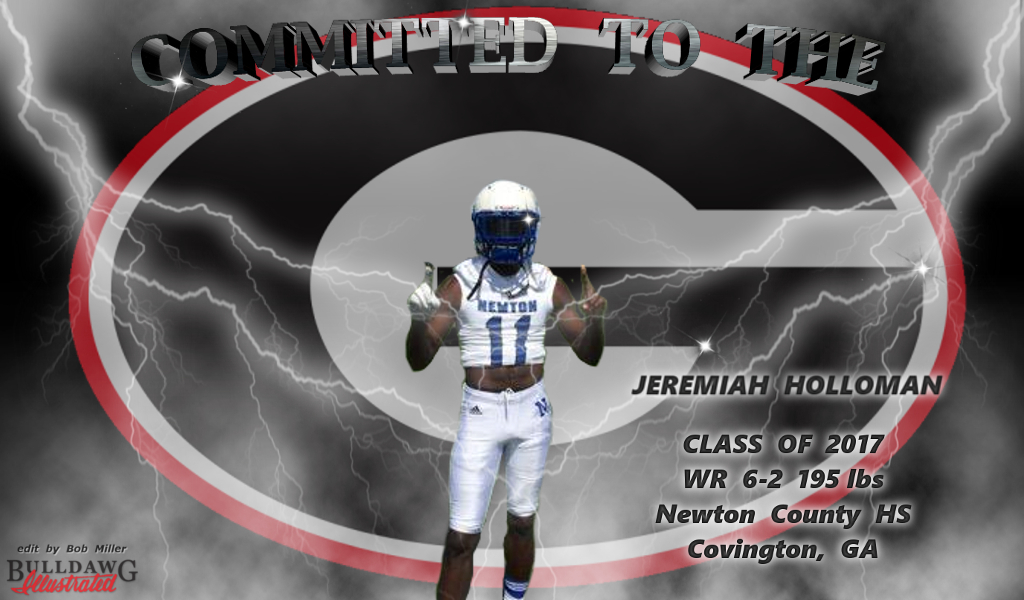 Holloman is a 6 foot 2 and 195 lbs wide receiver out of Newton County high school in Covington, GA, which is about 30 minutes east of Atlanta. Holloman’s recruitment blew up over the summer after he dominated training camp after training camp and he has since continued this trend with his play on the field during the 2016 high school football season. He had over 46 scholarship offers from FBS college programs including Alabama, Auburn, Clemson, Florida, Florida State, Miami, Michigan, Southern California, South Carolina, and Tennessee to name a few.

Holloman is the fourth wide receiver commitment for the class of 2017 for Wide Receiver’s Coach James Coley; a group that includes Trey Blount, Matt Landers, and Mark Webb Jr. He adds a serious home threat for the Bulldogs’ offense and will push for not only significant playing time next season but I would not be surprised to see him start.