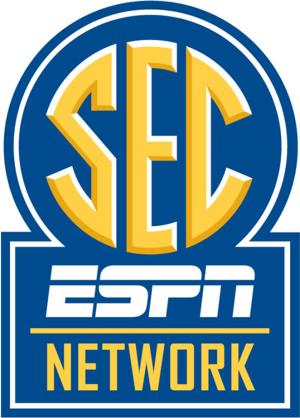 [su_spacer size=”40″] The Southeastern Conference is swimming in money. However, there is a black cloud on the horizon – cord cutters are a growing segment of American consumers.
[su_spacer size=”40″] Have you ever thought how nice it would be to pay only for the cable channels that you actually watch? I thought so – most of us have. Since you are reading this, you are a sports fan. We have been enjoying the expansion of sports viewing opportunities at a substantial discount because of the subsidy we receive from all those cable and satellite subscribers who don’t care for sports programming but help us pay for it. However, American are increasingly less willing to pay for unwatched programming.
[su_spacer size=”40″] [su_quote style=”modern-light” cite=”Outkick The Coverage” url=”http://www.foxsports.com/college-football/outkick-the-coverage/what-happens-to-conference-networks-if-cord-cutting-accelerates-012016″] Today Disney nearly hit a new 52 week low. Clearly the stock market has an impact in Disney’s woes, but at a time when “The Force Awakens” is setting box office records Disney’s share price has fallen $32 since football season began. ESPN is the primary reason for that decline. Wall Street has become increasingly wary of the cable bundle’s future and of the risk ESPN may face as the bundle declines in the face of substantially escalating sports rights payments.
[/su_quote] [su_spacer size=”40″] SEC Network currently receives $1.40 per month from each cable subscriber in the footprint of the conference and $0.25 per month in states where there is no conference member. A substantial subsidy for Georgia fans comes from cable subscribers in Ohio (for example) and even in Texas – if one assumes that few University of Texas fans would pony-up for programming featuring Texas A&M when given the option.
[su_spacer size=”40″] How much will it cost us to watch the SEC Network in an à la carte programming environment?
[su_spacer size=”40″] [su_quote style=”modern-light” cite=”Outkick the Coverage” url=”http://www.foxsports.com/college-football/outkick-the-coverage/what-happens-to-conference-networks-if-cord-cutting-accelerates-012016″] …the SEC would have to go direct to consumers and sell them on the channel. In that model the biggest obstacle — aside from marketing the network — is seasonality. Sure, many SEC fans would demand the network for fall football, but would they stay subscribed all year around?
[su_spacer size=”20″] I suspect you would have to set up a business model that charged a premium for the fall — that is a football subscription alone costs, let’s say $90 — or you get the entire year for $100.
[su_spacer size=”20″] Then the question becomes, would five million households subscribe at an average price of $100 a year in order to produce $500 million in network revenue? I’m not sure. It’s possible you’d have to double or triple the cost and end up making your most diehard customers pay infinitely more than they pay now. Remember, the bundle is a great deal for sports fans. Right now the entire SEC Network for a year costs less than $17 a year.
[su_spacer size=”20″] Regardless, SEC Network pricing would get complicated here. Because, for instance, the only SEC game that’s free on television is the CBS game of the week. In order to get every SEC football game you’d have to cobble together a package that included ESPN, ESPN2, ESPNU and the SEC Network. Or would ESPN set a pricing structure for an entire season of SEC games that included all of these channels too? If so, how do you allocate the subscription revenue since the SEC sells many games to ESPN for a guaranteed amount and retains joint ownership of others on the SEC Network? Especially since ESPN would have other conference and pro sports rights to sell as packages. This is where a partnership gets complicated for network and conferences. There would be a ton of questions to work out.
[/su_quote] [su_spacer size=”60″]