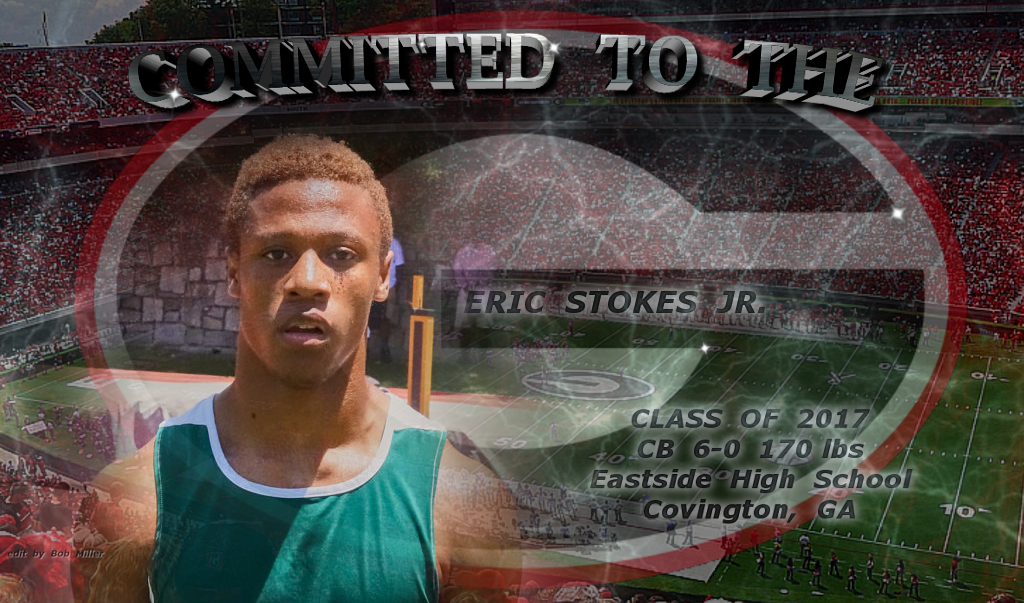 Class of 2017 defensive back Eric Stokes has announced his decision to commit to the University of Georgia and has signed his LOI with the Bulldogs.


Stokes is a 6 foot 0 and 180 lbs corner back prospect out of Eastside High School in Covington, GA. He has a number of scholarship offers from FBS college programs including Florida, Louisville, LSU, Mississippi, Missouri, and West Virginia to name a few. Georgia offered Stokes recently on November 1st and came for an a visit to Athens, GA for the Dawgs’ game against Auburn on Saturday.