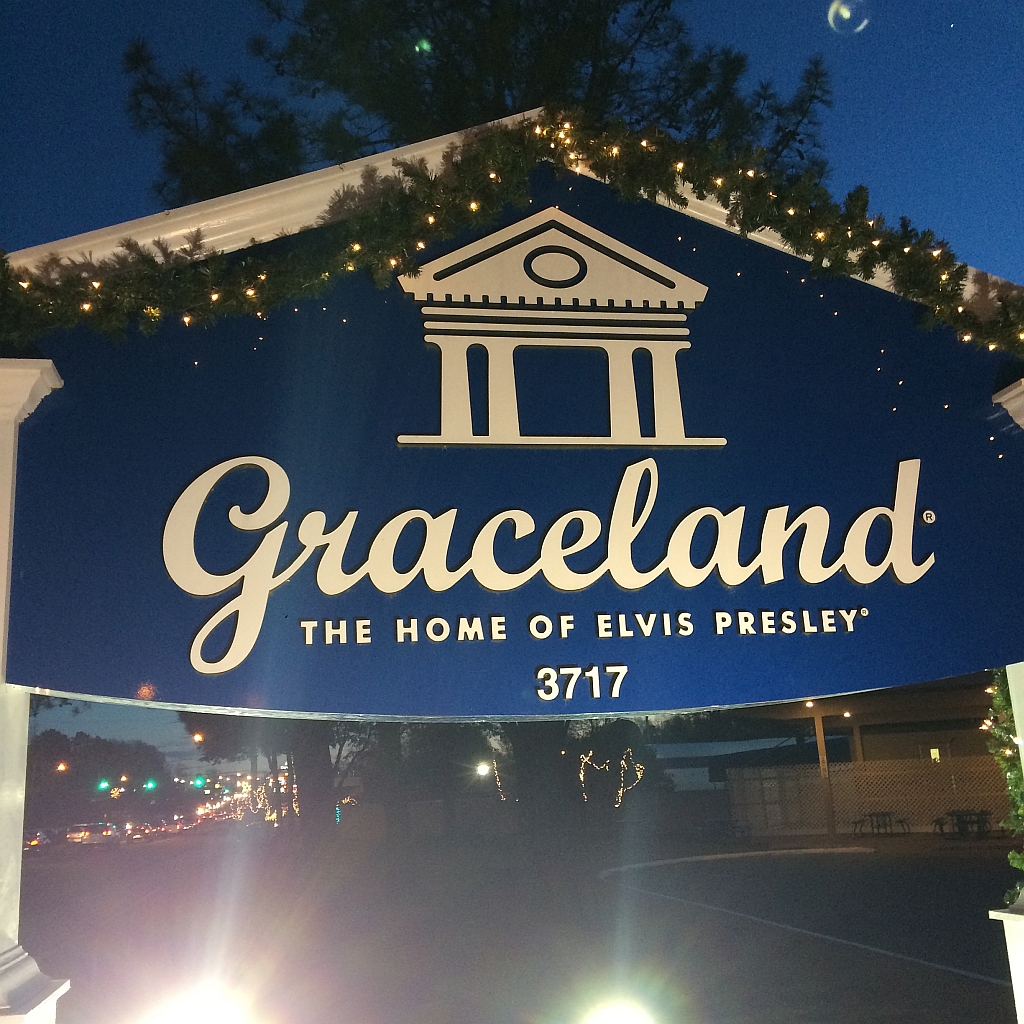 This article was first posted shortly after the Liberty Bowl. Han Vance writes for Bulldawg Illustrated on college football, as well as the general culture around the sport. Here he explored Memphis:

For those of us deeply in love with college football, all the dust of another season has just fully settled when the unofficial holiday is celebrated, National Signing Day. Afterward, we don’t get much in the way of that type of passion fulfillment until the light tease of spring practice culminates with annual spring football games. UGA’s G-Day game is scheduled for April 22nd this year, so far away.


Plenty of time to reflect in general, including upon the life experiences around the following of football, I figured, so here I’m going in the direction I went with my travel piece called “On Oxford” {http://bulldawgillustrated.com/89444-2/} and writing to you much more of place than sport. I’m looking at Chicago + South Bend for Georgia at Notre Dame and then Nashville for Georgia at Vandy for inspiration to do similar again next season, too: a little cultural travel writing.


I’d been to Memphis only once ever, with my father and his last love, stopped off on the way to work on their ranch in southern Missouri. They are both dearly departed and were first in my thoughts when I saw Memphis announced as the bowl destination. Especially considering the old man was from Ft. Worth and met another of his loves, my mother, at Texas Christian University. The Frogs and the Dawgs was a family affair, although only I was there in person to represent.


My lovely alumna wife ensured my attendance by buying me two bowl tickets for Christmas, and then when she came down with a bad cold, plans were finalized to accommodate 6th-generation University of Georgia man, Richard Hilley, a fellow Atlantan I watch at least one Dawgs game per season with on television. We party.

In search of an overpriced cocktail, we popped into Cafe Intermezzo on Concourse B after an Uber to the train station and quick train ride to the World’s Busiest Airport. I ran that bar when it first opened for business and old Jerry was still there making the early morning dollars. Tick tock, we were a half-hour behind the travel schedule I’d set for us so we were one and done. I left a signed copy of my short football book “Richt Era: 15 Years in Athens” behind for Jerry, since he followed the program.


A few Georgia folks were milling about around the gate and a familiar figure was boarding in front of us. Me: “Loran, Whattayagot?” He turned around with a big smile and cordially met my friend Hilley and me. It was a huge thrill, of course, and I gave him a copy of my book on the tarmac, and we posed for a toothy picture.


Aboard and seated, with a nice UGA frat kid the only other person on our mini-row and many of the Dawg-Nation representing the colors, we settled in for a short flight. Loran cruised down the aisle handing out free drink vouchers to any with a thirst, and he gave us a couple each saying, “Oh, you guys,” when he first saw us. He doubled back at the end of the plane with vouchers left and gave the rest of them to us, saying, “I guess it’s too early for many of these people to drink.” It was on.


Memphis is a noted party city and this had already materialized into a rowdy guys’ trip. The Uber to the hotel was a little more scenic and looping then it should’ve been, but no worries, we reached our fancy hunting lodge of a hotel inside an outdoors-themed mall, inside a giant pyramid where Mike Tyson once fought, perched on the Mighty Mississippi River. I thought of Dad, again, as we’d passed over into Arkansas right here, wishing he could have been on this trip with us. I thought of grandpa Mark Twain and what he means to all American writers. I thought of the river, flowing through an ancient America, rolling like the Blues. We walked out to a mid-level observation deck and studied the old skyline, the water, the bridge and other sights. “Arkansas is there, that’s West Memphis,” I said to Hilley, pointing across the bridge and thinking of my father in-law, Colonel Buck, who is a Razorback supporter. I thought of his sweet wife, too, fairly recently departed and my Dad and his lady again…”We won’t be making it across the bridge this time,” I said to the sky, my eyes welling and it wasn’t just the whipping wind.


The affable and fashionable Big Cypress Lodge GM, Nail (pronounced more like”Nile”) walked out on the deck and joined us for a quick chat and a photo and in the great tradition of admired journalists passed I said, “Want to buy us a drink?”


Lucinda poured us a few at The Lookout atop the structure, after the Sky High Ride at The Bass Pro Shops Pyramid, the tallest free-standing elevator in the United States. The pyramid was originally built in tribute to the city’s namesake of Memphis, Egypt. It’s quite the view inside and out. Struck up conversation with two brothers, one lives in Memphis and the other lives in Johnson City, Tennessee, and randomly happens to know the same folks I know from Johnson City, the Booths. Outside, Hilley said, “That river doesn’t look like it’s moving.” A local retorted, “Look out there…It’s moving fast,” as was the day.


Night fell. We walked the riverfront and through the city on over to Rendezvous, the historic and crazy popular BBQ joint. Met a good Dawg named Derrick and his friendly wife and daughter and had a few beers while waiting an hour plus for a table. Lots of beautiful, moneyed TCU gals, a few even making eyes with us, lots of fun Georgians and wild Texans, and I so happen to be both so I was fully feeling it. Eason rolled through and we marveled at his height and flowing hair. He tried to ignore the crush of fans, as I wondered why he was here: the kickoff was 11 a.m.


The central hostess was, no lie, the prettiest black woman I have ever seen, and I told her she was a stunner and then this redhead red beard dude in a “G” sweater hat came up behind me and said essentially the same. We were seated. We ate rubbed ribs, and the sauce isn’t the thing in Memphis. It’s the meat. It was good, especially with the cold beer and spicy coleslaw, which was a new thing for us. The local white guy waiter was a lot of fun and definitely gave us by far the best service of anybody on the trip. Hilley later noted: “We are spoiled by the service industry in Atlanta.” Me: “We hustle.” Taking fan photos I met an old Dawg named Merv, wearing giant silver-red-black Mardi Gras beads. Then I went to the bathroom and, coming out, met the guy with the “G” sweater hat, Josh, and his buddy Jerad, who recognized me from my travel article “On Oxford,” a thrilling moment.


Hilley and I headed back to their table with them in back and Merv was there with another buddy named Travis. We all lived in different cities and were together at this moment in time to celebrate. Three MIZZOU folks they knew showed up, in town to watch Oklahoma City (their team) play the Memphis Grizzlies, who have a diehard following in the city. Learned the irreverent cheer “MIZ FKU” and thought, wow, you know you aren’t a football school when you lustily hate Kansas.


Then, it hit me like a flood. This is what I was really doing here…


Sure, football. I came to Memphis looking for America, and I found it here. Mississippi River wash me clean, I mean, Go Dawgs, y’all. I mean Go Dawgs.


In front of an art wall, we had a cheer off versus the RIFF RAM of the Horned Frogs, claiming the battle late with a “Nothing finer in the land, than a drunk obnoxious Georgia fan.” It rang true for the crew, nine-deep, six-deep after the Missourians faded north. Beale Street was aglow in neon, in the excitement of a football bowl game coming, an adjacent basketball game ending. We found seats at Silky O’Sullivans, a rather young-skewing spot well represented by the well-scrubbed beauties of both institutions. Dueling pianos played a GEORGIA song, there are some good ones, and then a TEXAS song, there are literally thousands of such. I tried my first and last giant “Blackout Bucket” and eventually worked it, with some help.


Merv. The crew revolved around Merv, and I love to be second chair. The night grew long. Karaoke at a pro wrestling themed bar was up next, where some cool African American locals were delivering a perfect Alice in Chains duet when we walked in the spot. Eventually, like…way…too…long eventually Merv was up singing Counting Crows “Long December.” Then, I closed it out for us with Pixies, “Here comes your man. Here comes your m-a-a-a-a-a-n. Here comes your man.” No singing voice but stage presence in spades, I left then re-entered briefly for a “Thank you…Thank you very much,” to the audience who were giving me some applause. It was over, like should have been over much earlier with an 11 a.m. kick. I hoped Eason was asleep and wished I were. Without warning, Merv dragged us all into a dance club. The rest of the crew were post-apocalyptic zombie, but Merv and I, the two oldest, hit the dance floor, where the local talent was (remarkably) all over us. We crushed it.


It was an 11 a.m. kick, I will say again! We tailgated well with Merv and the guys, shortly after a cab ride from a cool Louisianan named BB. Thank God (and Merv) for cheese grits. They were his mother’s recipe and saved me. We loved these guys by now, so Hilley and I ditched our better seats and the crew all sat together, on two rows. The game went well. We yelled for Brice Ramsey when he sneaked that fake field goal, and he heard us. BB was waiting outside the stadium, and Hilley and I immediately hit Graceland, which we found amazing. The King had 91 gold records, folks. We took a shuttle from the Graceland Hotel, full of TCU folks, back to Beale Street and had a couple more…I will leave this up-and-down wild ride of another football season as a DAWG now with what Elvis said about what he missed about Memphis: “Everything” … Thank you. Thank you very much. 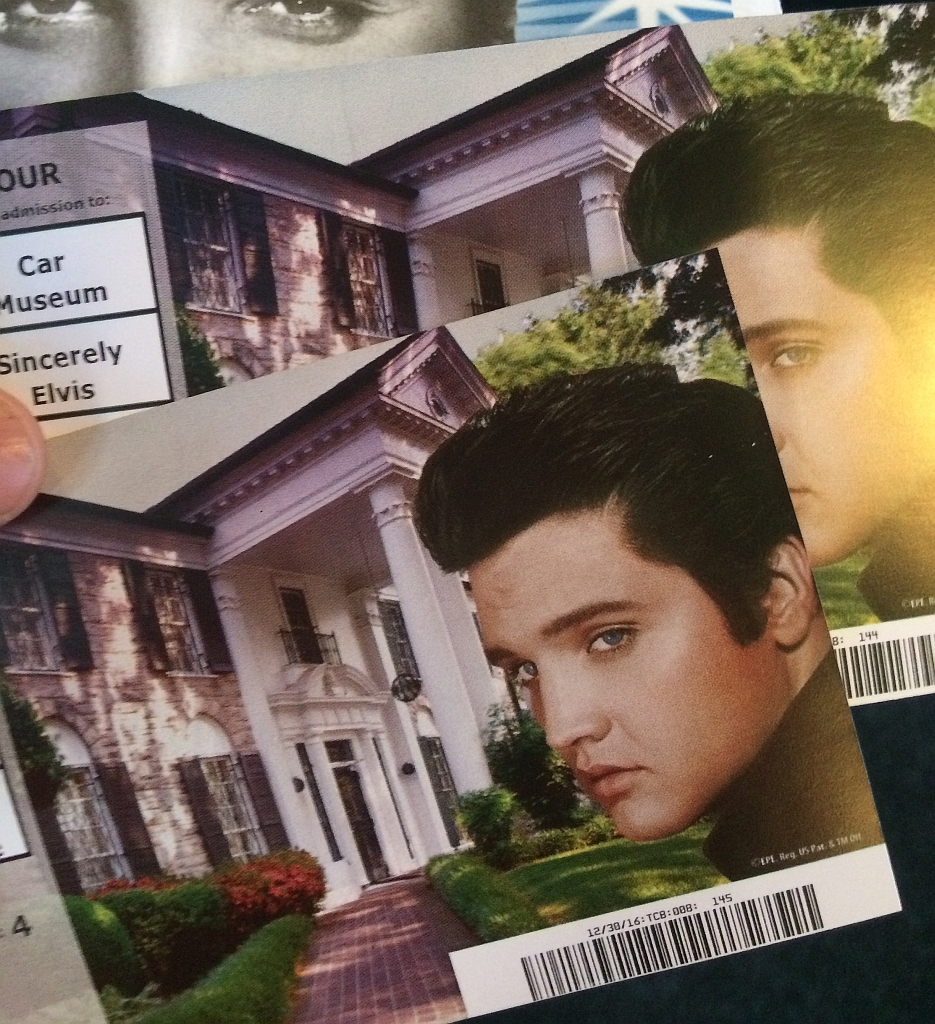