[su_spacer size=”40″] Steve Spurrier comes strutting into the Classic City with some South Cacky-Lacky Roosters in tow that look a wee bit ragged from their tussle with the Wildcats of Kentucky last Saturday. Spurrier would love nothing more than to upset the 7th ranked Georgia Bulldawgs. What is the red and black ever to do? Bulldawg Illustrated has all the info you need to know in Game Day Preview: South Carolina vs Georgia.
[su_spacer size=”20″]
To say that the Old Head Ball Coach has been a spur in the side of the Dawgs is an understatement. South Carolina has won 4 of the last 5 games, and a big reason Georgia hasn’t won the Southeastern Conference East Division title and taken a little trip to the Dome in the ATL to in the Conference Championship game has to with those losses to S.C. But Spurrier has been digging that spur in for longer than 5 years.
[su_spacer size=”40″] Going back to 2007, South Carolina has won 5 of the 8 contests, and they have taken two of those wins from the Dawgs in Athens. Going back even farther, Spurrier’s Florida teams put a whoop ‘in on the Dawgs during the 90s. How badly? Georgia was only able to get one lone win out of 12 contests vs. Spurrier’s Gators. As it stands, Coach Mark Richt is at 5 wins versus 6 losses when going up against Spurrier. A win on Saturday would give him a .500 average for his career against the Head Ball Coach.
[su_spacer size=”40″] So how does Coach Mark Richt and the Dawgs pull that feat off?
[su_spacer size=”40″] Run the Ball till Feathers Fly
[su_spacer size=”20″] South Carolina has given up over 200 yards rushing per game against Kentucky and North Carolina. Yes. I suspect that the South Carolina coaching staff is going to stuff 8 and 9 defenders in the box, and if they could get away with it, a kitchen sink and armored battle tank or two to try to stop Nick Chubb, Sony Michel, Keith Marshall, and Brendan Marshall and Georgia’s ground game.
[su_spacer size=”40″] But I don’t see South Carolina being able to hem in Chubb and company long. Number 27 is averaging 8.83 YPC this season. He averaged 8.5 versus the Gamecocks last year. I have a feeling the Chickens’ defensive coordinator has not slept well this week.
[su_spacer size=”40″] 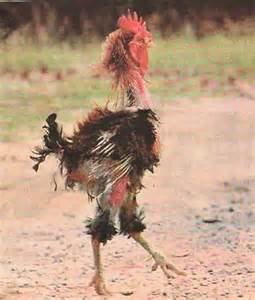 [su_spacer size=”40″] Take Advantage of Possible One-on-One Match Ups
[su_spacer size=”20″] If S.C. does put 8 and 9 in the box and concentrate their efforts on stopping the run, there should be some one on one match-ups on receivers for the Dawgs. They must take advantage of that opportunity if it presents itself, either by taken a shot down the field or utilizing some play action. Lambert cannot go zero for what seems like a Baker’s dozen either. He has to make a good decision and be accurate with the ball because one player that the Gamecocks do have on defense that could potentially swing the game is junior linebacker Skai Moore who has three INTs on the year and is a ball hawk. If Lambert is errant in his throws, Mr. Moore could make him and the Bulldawgs pay dearly.
[su_spacer size=”40″] Special Teams
[su_spacer size=”20″] Last week Marshall Morgan missed two field goals, and Georgia cannot leave points on the field in this rivalry game. Another thing that went wrong last week versus Vandy, is the kick return unit managed to look lost on an onsides’ pooch kick. You know good ‘ole Stever Spurrier, he has some tricks up his sleeves, or in one of his visors; so, the Dawgs have to be aware that there could be some sort of craziness on a punt or kick off at some point during the game.
[su_spacer size=”40″] Don’t Give Up the Big Play on Pass Defense
[su_spacer size=”20″] Even though the Dawgs have given up some passing yards in their first two games, they have been a bend don’t break pass defense. They haven’t given up a lot of points; nor, have they given up a lot of big plays. South Carolina’s Pharoh Cooper is a talented athlete and football player who can make big plays. He is going to get yards, but the Dawgs must keep everything in front and make Cooper and the Gamecocks work for every yard and first down. The more plays Orth has to make, the more chances he will make a mistake, which Georgia has been good at capitalizing on under Defensive Coordinator Jeremy Pruitt.
[su_spacer size=”40″] Home Crowd Be Loud!
[su_spacer size=”20″] OK. Dawg fans going to the game. I’m putting this one on you. Get there early and have Sanford rocking and rolling. I want that Gamecock QB Orth to not be able to hear himself think. We want to see that deer in the head lights look, if you know what I mean. Remember 2 years ago when LSU came to town? That kind of loud.
[su_spacer size=”40″] Sanford Stadium, #9 UGA 44- #6 LSU 41. 9/28/13. The Sound of Victory
[su_spacer size=”40″] Oh! Don’t forget to red because it is a “Red Out” baby!
[su_spacer size=”40″] Bulldawg Bob’s Prognostication
[su_spacer size=”20″] All right. I’ve just flat out missed the mark so far this season in my score prognostications. For game one, I low balled it, and for game two, I high balled it. Maybe the third time’s the charm here.
[su_spacer size=”40″] Gimmie the Dawgs 24-16 over South Cacky-Lacky.
[su_spacer size=”40″] There are probably not a lot of fans that will be happy with my score prediction, but the game with S.C. is historically a close, hard fought affair.
[su_spacer size=”80″]

Listen on the Bulldog Radio Network

Listen to the Game on Audio Stream

and Chuck Dowdle –covering the sideline