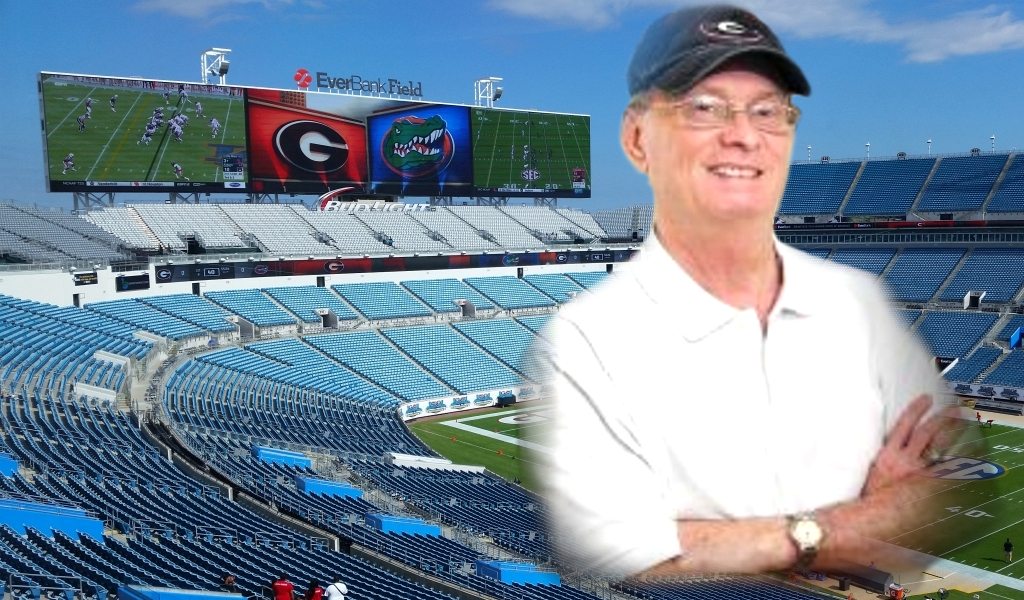 And what does Murray think of the 2017 Bulldogs’ chances in this 96th Georgia-Florida game?

Interestingly enough, as big of a fan of the Bulldogs as Murray is, he doesn’t get to cheer them on in the Press Box like he would like to do. As a member of the media in the press box, he and the other sports journalists and reporters are required to maintain a level of professionalism during games, keeping their emotions tapped down during the course of the game. Gordon Jackson of The Brunswick News sat down with Murray Poole to get his thoughts on Georgia-Florida and getting the opportunity to cover his 56th game down in Jacksonville.