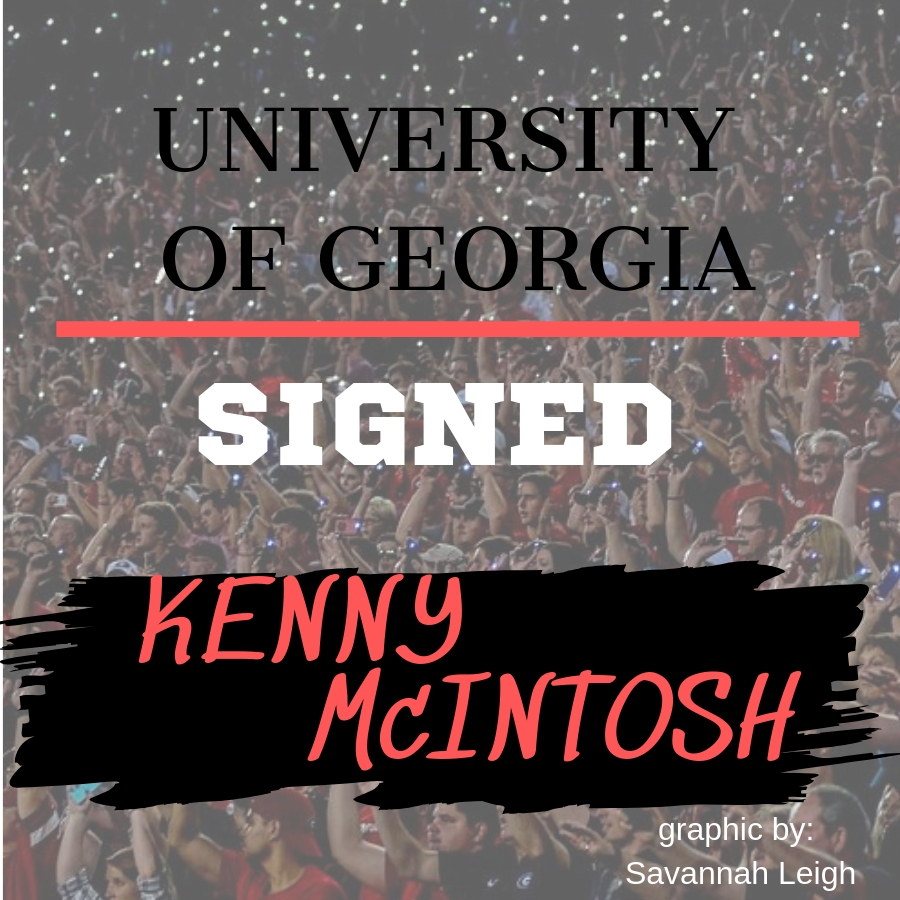 Kenny McIntosh is officially a Bulldog. He is the latest running back addition to the already loaded running back stable. McIntosh will join the team in the summer.

According to the latest 247Sports, he ranks as the No. 10 RB and the No. 25 prospect in Florida. He runs a 4.88 40-yard dash, a 4.70 shuttle, and a 33.10 inch vertical. McIntosh participated in the Nike Opening Finals. If the name is familiar, he has two brothers in college, R.J. McIntosh at Miami and Deon McIntosh at Notre Dame.

Georgia picked up the four-star running back on Nov. 14.  McIntosh took his official visit to Georgia Nov. 9-10 and was at the Auburn game. It didn’t take him long to make a decision and the Bulldogs beat out Miami for him.

McIntosh is one of many Georgia commits that have sent in their paperwork this morning, and the Bulldogs are just getting started.