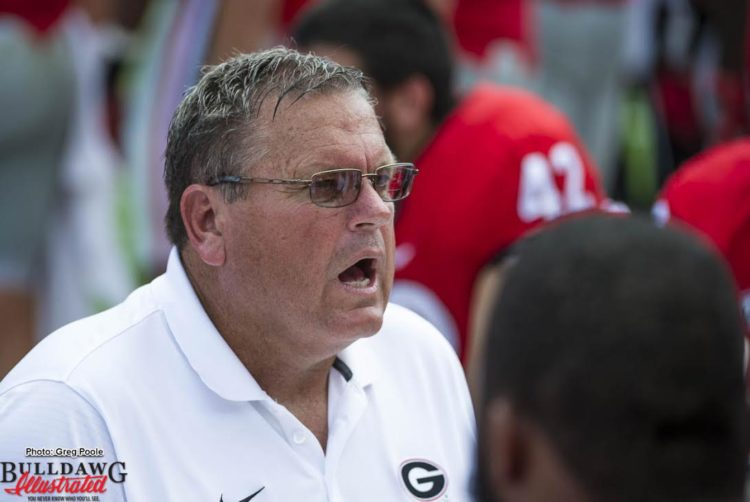 The Georgia Bulldogs performance against the Nicholls State Colonels was less than stellar and they have a ton of improvement to make if they want to become a true contender.

The Bulldogs defense was one of their highlights throughout the day, as they often were able to win the battle at the line of scrimmage and prevent big plays from ever happening. Trenton Thompson played an amazing game in leading the defensive line in tackles but overall I believe the line’s play in the trenches was significant.


The Linebackers and the secondary also had a great day on the field in my opinion as they were able to keep the quarterback in check for most of the game.


Linebackers should have got more pressure in my opinion because of the large amount of talent the Bulldogs have in that position group, but they still played a solid game for the most part.


However, The secondary was most impressive in my opinion as they were able to force multiple turnovers and did a fantastic job of covering the Nicholls State Colonels receivers by preventing big plays throughout.


The offense of the Bulldogs was just abysmal with only one positive coming to mind in my opinion. That positive was the Bulldogs quarterback play throughout the day.


Freshman Jacob Eason made his first career start for the Bulldogs and overall he played very well throughout the day. Eason may have had a few overthrows and underthrows but I believe that is expected when dealing with a freshman quarterback in their first start and other than his few mistakes, he played a great ball game.


The Bulldogs receiving corps also had a few dropped passes that would have boosted Eason’s stats a good bit. However, the receiving corps, led by Isaiah McKenzie once again, played very well with and without the ball and made plays that ended up saving the Bulldogs.


The running game was a completely different story from last week, as they had their struggles take up most of the game. Nick Chubb and company were not able to dominate the Nicholls defense and this came as a huge shock to many members of the general public and media, with myself included.


This game seemed like a game where the running backs would be able to completely control the pace of the game but they struggled constantly. However, the running backs struggles can be attributed to the offensive line, who in my opinion had the worst day of all the Bulldogs position groups.


The offensive line was not able to open holes and had a lack of push all day. In a game where a SEC offensive line should dominate their FCS defensive foes, the Bulldogs line did just the opposite. The Colonels continued to control the line of scrimmage and prevented the Bulldogs from ever running the ball effectively.


The offensive line’s problems are a huge issue in my eyes that if they are not addressed sooner rather than later, then the Bulldogs will get man-handled by SEC defensive lines, who most likely have better talent than the Colonels.


In my opinion, the offense has a lot of work to do and if the Bulldogs want to compete in a conference like the SEC, then how they respond to a game like this will be interesting to watch in their next game, which is their SEC opener, against the Missouri Tigers.