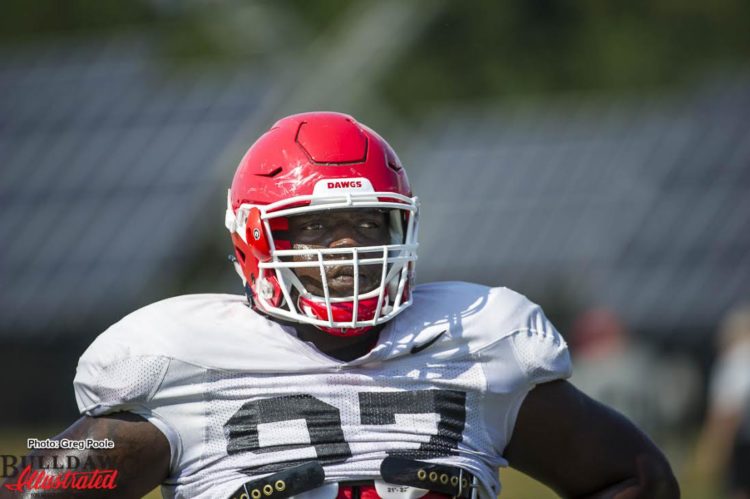 John Atkins is ready to move on to the Bulldogs next game ahead of him but says that the loss to Vanderbilt kinda felt unreal.

John Atkins had a solid game against the Vanderbilt Commodores this past weekend and although he may not have had the best stats, his presence on the defensive line definitely played a role in plugging up the holes that Ralph Webb was trying to run through on Saturday. Atkins went on to speak about having to wear his brace again, his roommate Michael Barnett being moved to the offensive line and his son.


Atkins started the year in a brace but was able to play a few games without it until he tweaked his knee injury again against Tennessee. Atkins said since then he has had to continue to wear his brace in order to prevent any further injury on his knee.


Atkins also stated he has not really talked to Michael Barnett about how he feels about his position change but it was fun for Atkins to go against him in practice because he is used to having Barnett beside him rather than across from him. Atkins said that he believes Barnett’s transition will not be too hard for him because most of the bigger guys in college football played both ways in high school, so he will have some experience at the position and the coaching staff will be able to sharpen his skills even more.


Atkins also mentioned what his plans were for the weekend without a game and it involved getting in more time with his family. Mainly Atkins said he is looking forward to spending time with his two-month-old son, John Jr.


Atkins is one of the Bulldogs true leaders and he should have a big impact in the Bulldogs crucial game against Florida in two weeks.