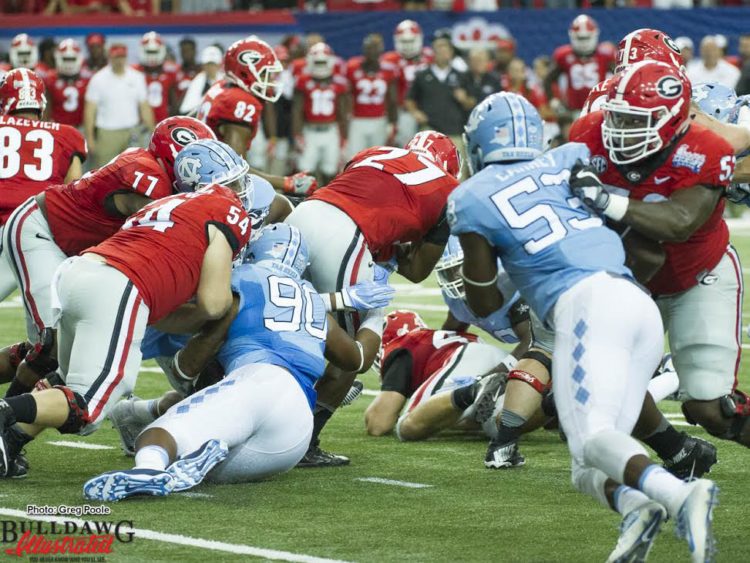 Kirby Smart gave praise to the offensive line and tight end groups but understands that there is still a lot of improvements to be made for the Bulldogs to have an even more successful offense.


Kirby continued on and complimented the play of the Bulldogs tight ends, who may not have seen a lot of action in the passing game, but did do an outstanding job blocking and opening up holes for Nick Chubb and the other running backs to run through. Smart had this to say concerning his assessment of the tight ends blocking:

Well those 200 and how many yards Chubb got, there was three tight ends on the field for about half of those, so I would assess their blocking as good. It could show some improvement but they’re blocking some big men.

Smart understands that the freshmen tight ends have to grow and get better for the team to improve at this position. The two freshmen tight ends received the only targets to this position with Isaac Nauta dropping a pass and Charlie Woerner catching a pass for a one-yard gain. The tight ends as a unit should see more involvement in the passing attack in future games, but their blocking will always be a huge key for the success of the offense.