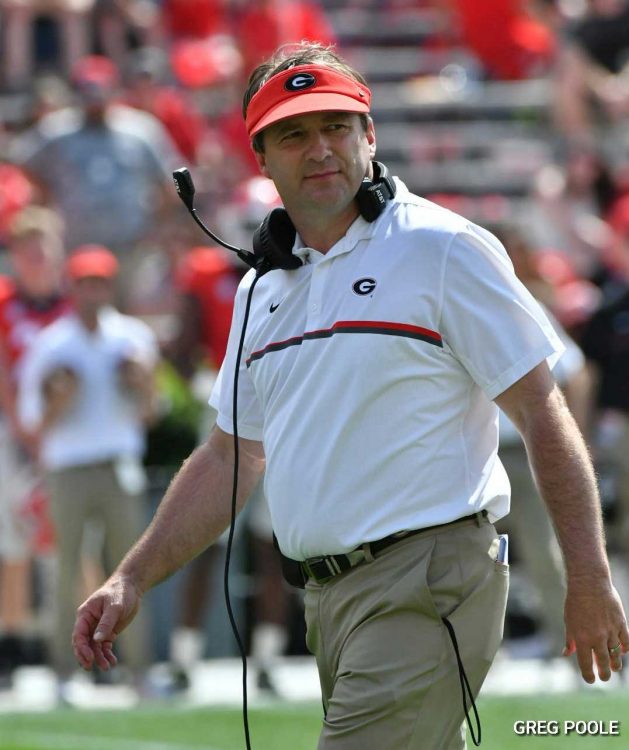 After the Red Team defeated the Black Team 25-22 in Georgia’s 2017 G-Day football game on Saturday afternoon, Head Coach Kirby Smart talks about the Bulldogs’ final practice and scrimmage for the spring.

Coach Smart was really thankful for the support and turn out of the Georgia fans today and stated that it impressed not only the players but the recruiting prospects and their families that were visiting UGA today. On the game, Coach Smart was pleased with both quarterbacks Jacob Eason and Jake Fromm and he was happy with the play of the defensive lines; although Kirby did point out there were not as many running plays to challenge them physically today. On defense freshman defensive back Richard LeCounte stood out for the Black Team and redshirt sophomore J.R. Reed stood out for the Red Team; making a point that there is going to a battle for the STAR position in fall camp and Reed will be in the thick of it. The second-year head coach also hit on wide receivers Terry Godwin, Jeremiah Holloman, Javon Wims and discussed Mecole Hardman’s role on offense.