Lincoln Riley arrived at Oklahoma in 2015 and immediately put the punch back in the Sooner’s offense. Riley’s wide-open, Air Raid based offense immediately brought OU back to prominence in the Big 12 and landed him the head coaching position when Bob Stoops suddenly retired prior to the 2017 season.


To understand Riley’s approach to offense look no further than the Air Raid concepts that Hal Mumme and Mike Leach popularized beginning in the 1980’s. Check out the dramatic difference in points per game after Riley became the offensive coordinator: 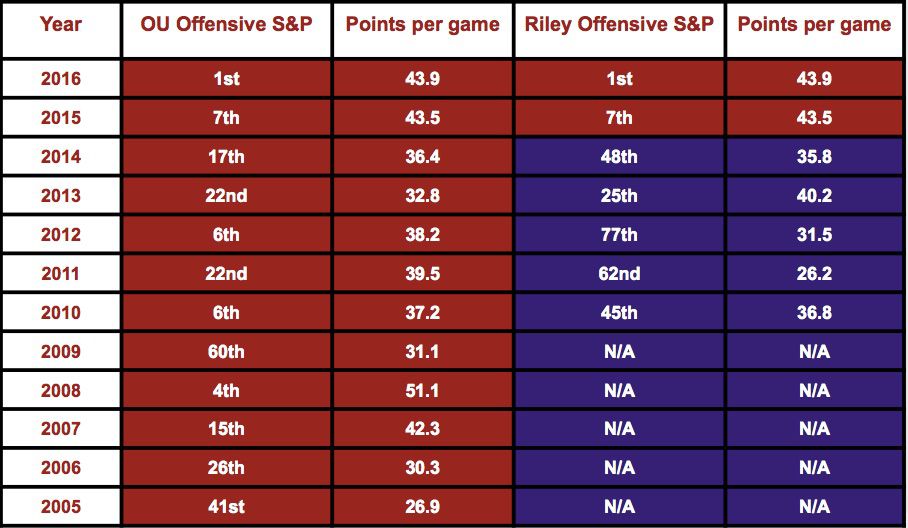 Visit the Football Study Hall post for video and diagrams of the Riley scheme.