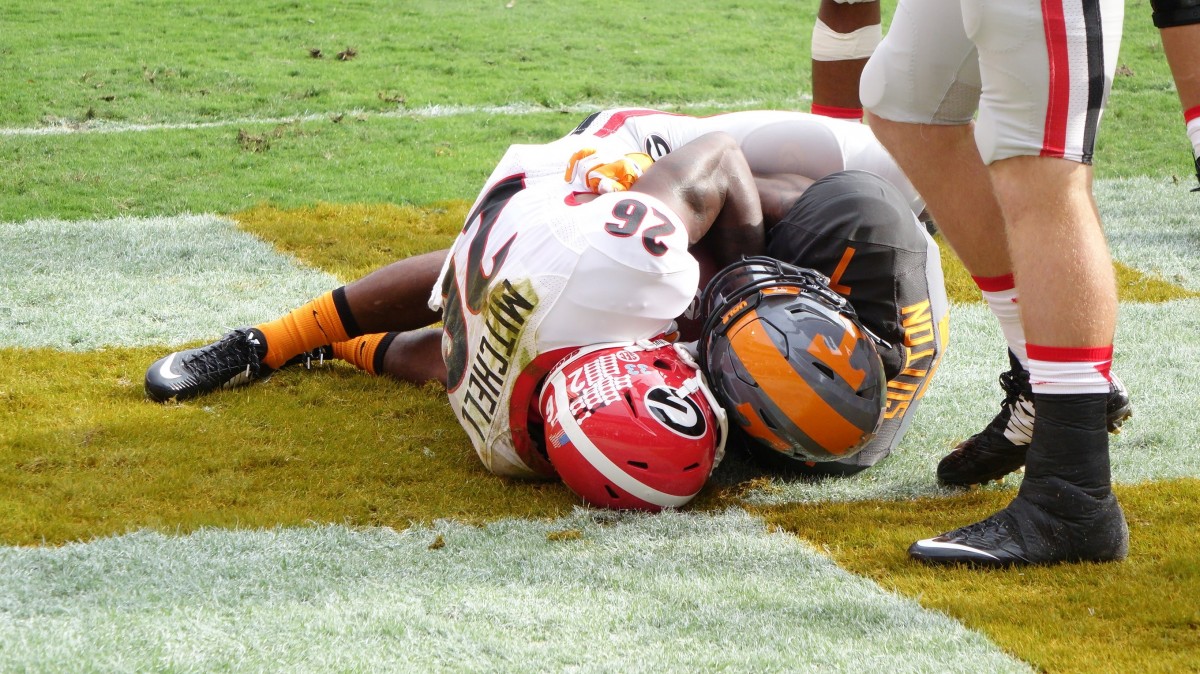 [su_spacer size=”20”] Malcolm Mitchell and the Georgia football team plan on fighting hard week in and week out despite coming off two heart breaking losses to Alabama and Tennessee. The Bulldog’s captains voiced to the team the mindset that they believe each player should have. Mitchell goes into detail about what was said by the captains.
[su_spacer size=”20”]
Malcolm Mitchell has been a big playmaker throughout the season for the Georgia offense even though they have struggled of late. Mitchell shares the belief that many of the captains shared with the team. This is what he had to say concerning this:
[su_spacer size=”40”]

I think the last thing any team, any individual, what we don’t want to do is lose hope. Hope is what keeps going, what gets you to fight beyond what you think you’re capable of and right now at UGA we still have hope.

I think it’s very critical this week. Especially moving into the bye week, you wanna make sure you go into that with some momentum, with confidence, looking forward to come back and regroup after the bye week and perform at a high level.

Yeah, I mean Reggie and I are friends way beyond football… I don’t support any of his shenanigans… I have no interest in people beating themselves up.

[su_spacer size=”40”] Malcolm Mitchell near the end of the interview was asked about how he felt about being awarded with the National Good Works award and what it really meant to him. Mitchell came off very honored and appreciative and had this to say:
[su_spacer size=”40”]

I think for me that it’s something that I didn’t seek, which makes it that much more important. To be really honest, I just enjoy going to the schools, speaking on what i believe in, and to be honored for that is something that I’ll always appreciate.

[su_spacer size=”40”] Mitchell was later asked about how he hopes to help push the team in a good direction when it comes to their play on third down and he reiterated that it’s the team’s goal to just get better in all aspects of the game and improve as a team.
[su_spacer size=”40”] [su_youtube_advanced url=”https://www.youtube.com/watch?v=RdLTThHhOak” autohide=”no”] [su_spacer size=”80”]