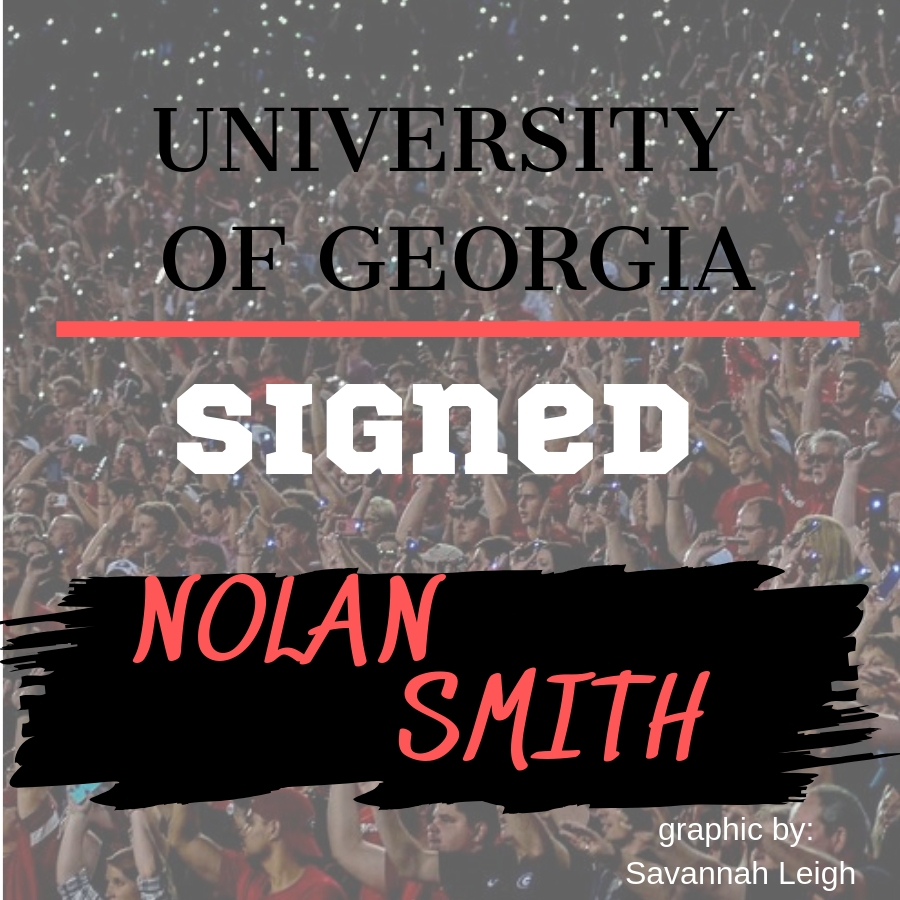 Nolan Smith has made it official. He is a Bulldog. The number one player in the nation has signed his letter of intent and will head to Athens as an early enrollee.

According to 247Sports Composite rankings, he ranks as the No. 1 overall player, the No. 1 WDE, and the No. 1 player in FL. Smith holds 10 offers. He runs a 4.55 40-yard dash and has a 42.20 inch vertical. Smith has participated  in two Nike Opening Finals and plans on partcipating in the All-American Bowl. This season he recorded 47 total tackles, 14.5 TFL, and 6.5 sacks.

Despite him being committed to Georgia since January 27, 2017,  Smith has enjoyed his recruiting process. Some thought he would flip to Alabama or Clemson, but the five-star decided to stay with the Bulldogs.

Smith has been one of the leading recruiters for the 2019 class. Similar to Richard LeCounte in the 2017 class, Smith pushed Georgia all over to country. He isn’t shy to let the media know who he was after either. Smith enjoys a good joke or two on Twitter as he pranked the entire Bulldog nation on April 1. Regardless of what has been said or he has done he stuck with his pledge and officially becomes a Bulldog today.

Georgia currently has 19 commitments for the 2019 class and that number will increase as the day goes on. Look for the Bulldogs to close with a full class and maybe a couple spots left open for the February signing day.