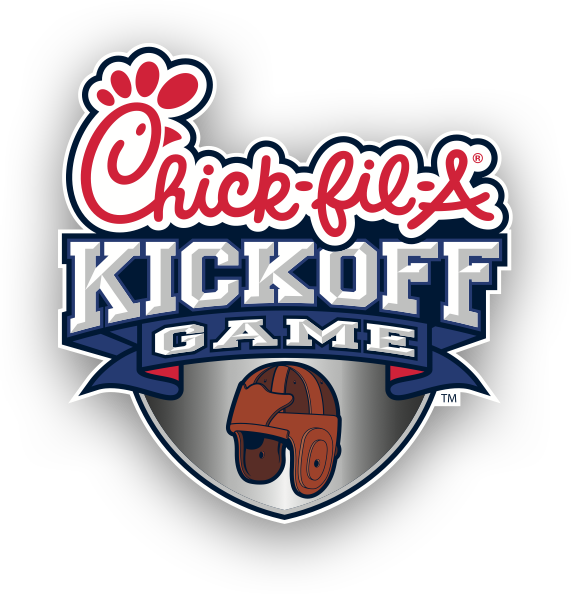 The University of Georgia rarely gives up a home football game at beautiful Sanford Stadium to play at a neutral site.


The annual Georgia-Florida classic in Jacksonville is obviously one of those games when the Bulldogs are the “home” team every other year. And in this fast-approaching 2016 campaign, rather than holding its normal season opener between the hallowed hedges, Georgia of course will be facing the North Carolina Tar Heels this coming Saturday at 5:30 p.m. in the Chick-fil-A Kickoff Game in the Georgia Dome.


And in a game of this magnitude, in which the No. 18-ranked Bulldogs will encounter the No. 22-ranked Tar Heels, Georgia director of athletics, Greg McGarity, said it not only makes sense, for many reasons, for the Bulldogs to play in it but, also, the game is a financial windfall for the athletic department, that despite Sanford Stadium’s 92,746 capacity compared to the Georgia Dome seating approximately 74,228.


“I think there’s so many factors into making a decision like this,” said McGarity. “No. 1, I know Coach Richt and even Kirby are passionate about playing in this marquee game in Atlanta on a periodic basis. So if we could play in Atlanta every four or five years, that would be great because in a year like this year also you’ve got to balance the impact a seventh game could have on the community … that’s a consideration. Also, you’ve got to balance the quality of a home schedule because games of this stature you’re probably not going to get a home-and-home game. So the neutral-site game makes sense and it’s become the norm in week one in college football for non-conference matchups.”


Add in the financial ramifications for participating in the Chick-fil-A Kickoff Game and McGarity said it’s pretty much a no-brainer for the Georgia athletic department.


“Financially, it’s a win for us because we’re guaranteed four million dollars and what you do not have to do is pay a non-conference opponent a guarantee,” he said. “And as we know those guarantees are only going upward and they’re now in excess of a million dollars. So financially, it’s a better business decision for us to play in a game like this. And the big factor in the whole equation, as I said, is the guarantee that you have to pay schools to play you at home and because there’s no such guarantee in this game, that’s the benefit of playing a game like this. So you don’t have that and, certainly, that’s very difficult to make up for a home game with tickets at $45 and you’ve got student tickets and you’ve got faculty tickets. So the revenue you would generate strictly off a home football game would not be as beneficial as the straight four million dollars you’re making,” said McGarity. “And they’re also covering hotel expenses and things of that nature so it’s a very good financial decision for us.”


And, too, McGarity realizes that many Georgia fans don’t necessarily enjoy seeing the Bulldogs whip up on an outmanned, smaller school in season-opening games.


“We have fans that are upset at times about playing non-conference opponents that aren’t a Power Five school,” he said. “And we already have two this year in Nicholls State and Louisiana-Lafayette so with the benefit of playing another game against a non-Power Five school, how excited would our fans have been coming to Athens for that? We’re going to have to do that at times to make the schedule work but I think our fans are much more energetic to play North Carolina in Atlanta than they would play a non-Power Five school here in Athens. Too, our fans love the environment (in Georgia Dome) and there are many more positives than negatives. It’s a great way to start the season. Used to be, the Chick-fil-A Kickoff was the only game in town but now the lineup for college football on week one is remarkable.”


Gary Stokan, President and CEO of the Chick-fil-A Peach Bowl and Kickoff Game, is of course delighted to have such two prestigious universities as Georgia and North Carolina in his game this year and says the contest heaps numerous other benefits on the Bulldogs and Tar Heels, in addition to the financial rewards.


“I think from a business model perspective what we’ve tried to do, or I’ve been successful in doing, is creating a win-win-win for everybody involved,” said Stokan. “So from an AD’s perspective their payout is going to be more than what they net at a home game so it’s a financial windfall for them.
“No. 2, we’re the No. 2 recruiting base per capita in the country and No. 4 overall so it gives someone great exposure and a great recruiting hotbed,” Stokan said. “No. 3, the fans get an opportunity to get tickets to the game and if they don’t get tickets to the game they get the chance to watch their team against a high-ranked opponent on national TV versus a non-descript opening game that they may not want to attend or they may not want to watch on TV. So the fans win and the players win also because players want to compete at the highest level on the biggest stage. And to know you’re playing a ranked opponent in the first game on national TV in a sold-out atmosphere is what competitors want.”


“So the players win and the coach wins also because he gets to learn about his team in a first game against a tough opponent and then they can work on some things over the next two weeks when they have a non-conference schedule to get ready in preparation for their conference schedule, which typically happens in week three or four, most often,” he said. “The coach also wins because the players really get locked in in their winter, spring and summer workouts because they know they’re going to play tough competition versus a first game that’s a non-descript opponent.”


And Stokan reiterated, it’s not only the players, coaches and fans of the two universities that receive the dividends from such a game as this.


“ESPN wins because the ratings for games like this are a lot higher than they would be, as opposed to when we used to have on opening week a lot of games that would get out of hand early and don’t drive a lot of TV ratings. I would say that in my lifetime, and I’m 61, this is finest first week of college football in college football history,” said Stokan. “And we were the trendsetter. We led the charge of creating this kickoff game and now Houston and Dallas and Lambeau and Orlando have all followed us.
“And the last two that win,” he said, “are college football people because they see great games on TV or get to see them in person and also the college football selection committee, which can use this game as a major data point when they get down to choosing who will get into the College Football Playoff. So in other words if North Carolina wins this game and wins the Coastal Division in the ACC and plays in the ACC Championship Game and wins that and Georgia has a good season and wins the SEC East, that’s going to help North Carolina when it gets down to making a decision where they’re going to be in the playoff or not. In reverse, if Georgia wins this game and Carolina wins the Coastal Division in the ACC and plays in their championship game and Georgia wins the East and wins the SEC Championship Game, they’re going to get in the College Football Playoff because this game will help differentiate them from the other four champions of the Power Five conferences. So that is a major data point in looking at who gets into the College Football Playoff.”


Stokan says no question the primary color inside the dome Saturday night will be Bulldog red.


“It’ll certainly be 70-30 with Georgia fans in the dome,” he said, “but I just hasten to remind Georgia fans that in 2011 Boise State came in and probably had about 7,500 fans in the Georgia Dome and they wound up beating Georgia that year in the Chick-fil-A Kickoff Game. So just because you have more fans in the audience doesn’t mean you’re going to win the game.”