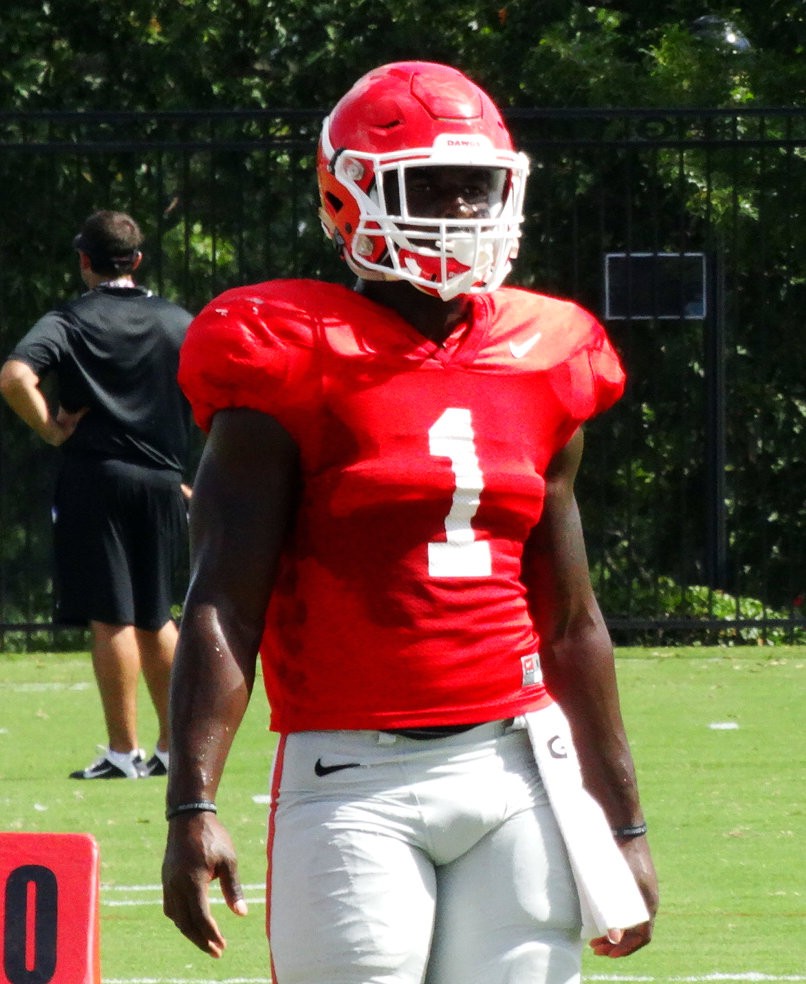 [su_spacer size=”40″] The season is finally here as our Georgia Bulldogs take on the Lousiana-Monroe Warhawks on Saturday at high noon between the hedges. This ULM team is not the same group that beat Alabama in Little Nicky’s first year or Arkansas in John L. Smith’s disastrous season in Fayetteville. The Dawgs will clearly have the personnel advantage on both sides of the ball and should be able to control both lines of scrimmage.  If the Dawgs are able to get control of the game early, look for a big win to start the season.  Let’s get to the preview.
[su_spacer size=”20″]

When Georgia Has the Ball

According to reports, ULM has a lot of experience returning on one of the best defenses in the Sun Belt.  Their nose tackle has said some things in the press about controlling the Georgia running game. I hope Coach Sale has posted those comments in the lockers of each of the offensive linemen this week, and they come ready to knock people off the ball from the first play. The Georgia line should be able to impose its will on the ULM defense and give the 4-headed monster of Georgia tailbacks room to run. Of course, the big question is how will Greyson Lambert handle the spotlight as the starting QB for the Dawgs.  I really hope Schottenheimer lets Lambert play and see if he can keep the job as opposed to using a multiple QB system until the game is in hand.  I really want to see what we have at wide receiver and whether we can stretch the field both vertically and horizontally to further open up the running game.

When ULM Has the Ball

The rumor is that ULM is bringing back the FUNROE offense that gave teams fits and the gambling style the Warhawks played until the last couple of years.  The problem is that ULM has a new quarterback and what was an anemic running game. With an inexperienced quarterback, I expect Jeremy Pruitt to show some wrinkles to create mismatches for the law firm of Jenkins, Floyd, and Carter to wreak havoc in the backfield.  Most of the stadium will be looking for the first sighting of the super-recruit defensive freshmen especially Trent Thompson, but I want to see how the starting front 3 is going to hold up against the run.  I expect that the Georgia defense will quickly make the Warhawk offense one-dimensional and then will pin its ears back to attack the quarterback to force turnovers and mistakes

I would not be surprised to see some sluggish play on offense early as the Warhawks stack the line to stop Nick Chubb and company and Lambert finds his sea legs.  As the 1st half wears on, the Dawgs’ offense will find its stride as the experienced offensive line begins to take over the game.  While the game may still be in doubt in the 3rd quarter, the talent advantage becomes too much as time of possession wears down ULM.  Dawgs pull away and win a game that may be closer than the final score indicates.

I decided this year to put a couple of predictions of other games that interest me:

#15 Arizona State vs. Texas A&M (Houston) – This game is intriguing because both teams have the ability to put points on the board.  The Aggies have to win for SEC pride and do 41-35.

Texas @ #11 Notre Dame – This game would have been compelling in 1975.  A early measuring stick for Charlie Strong as a bad loss may put the Longhorn faithful on edge.  Notre Dame is overrated, but what else is new? I’m tempted to pick the upset, but Texas has been awful on offense. Irish win 24-17.

New Mexico State @ Florida – It used to be they may have needed to put a 3rd digit on the scoreboard in the Swamp for a game like this.  The Gators appear to be in trouble on offense, but Boom did leave a lot of talent on defense for McElwain.  Florida takes care of business 38-7.

#1 Ohio State @ Virginia Tech – The Buckeyes’ loss in Columbus last year to the Hokies looked worse and worse throughout the season. Corch has probably circled this date since last year. This one unfortunately will get ugly as Tattoo U opens in national title defense, 41-10.

That’s what I think. I would love to read your comments below.
[su_spacer size=”80″]