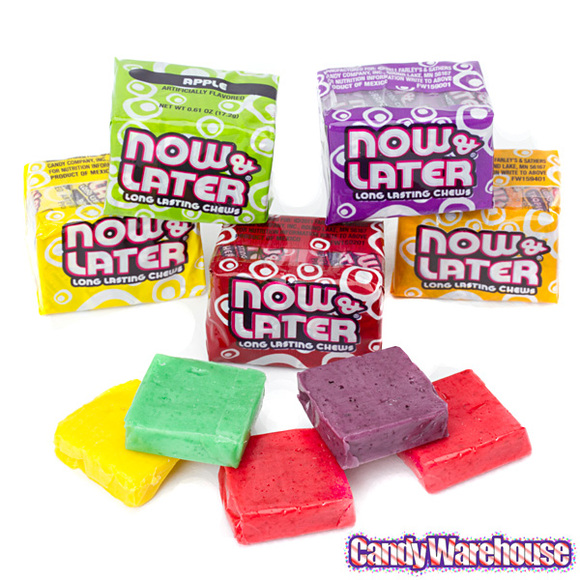 I was thinking about the Georgia Bulldogs today, both in a micro and macro sense.  As we approach Halloween I guess I have candy on the brain, because the first thing that came to mind were the Now and Later taffy candies.

I actually started thinking about Now and Laters last week.  My seven year old niece pulled a tooth, and my sister sent me a picture of the snaggled tooth cutie.  She pulled it herself, and was so proud. I was the kid that didn’t do well with teeth pulling.  My dad was particularly brutal with his big hands and fingers.  I usually got Momma to pull my teeth, but if I was being extra difficult, she would give me a Now and Later to hopefully have the loose tooth latch on the hard, chewy confection.

It seems as if we are no longer looking at a now but rather later proposition for the program.  The 2016 season is a complete waste, and we are resigned to looking toward the future.

A lot of people out there are going into full PR damage control mode.  I have some thoughts on some of the common rhetoric I’ve been seeing.

“Nick Saban lost to Mississippi State and Louisiana-Monroe in his first season at Alabama.”

Nick Saban inherited a team that went 6-7 the previous season and had Glen Coffee and John Parker Wilson.  Kirby has inherited Nick Chubb, Sony Michel, and Jacob Eason, and a defense with 6 returning starters.  Richt arguably left the cupboard bare, but it ain’t losing to Vanderbilt bare.  Saban inherited a program that was a dumpster fire, and also had won a National Championship at LSU, so he kind of earned the benefit of the doubt.

“Georgia doesn’t have depth or talent at key positions, and the facilities are not up to snuff.”

Lack of talent, depth and facilities relative to our peer institutions had absolutely nothing to do with losing to Vanderbilt and almost losing to Nichols.

“The recruiting is picking up and Kirby is going to make Georgia great again.”

Since the Ole Miss game, and especially since the Vandy loss, you’ve heard some variation of all the above.

Some of it I agree with, in the macro big picture sense.  I am a Kirby believer.  I’ve heard Jeff Dantzler say just today on the Ref, “He’s here for a reason.”  I’ve seen some good things this season.  I am still on that search for that elusive “it” moment.

I’ve bought in.  Year 1 doesn’t matter in the grand scheme of things.  Play for the future.  But damn it all, when there is a step forward there are two steps back.

But why can’t preparing for the future also coincide with winning now?

I said in my last post that wins and losses don’t matter this season as much as improving for the future.  This is going to be a roller coaster ride, and we just have to enjoy the ups and deal with the downs.   The most important thing is improvement (although, honesty compels me to say that I’m not seeing a whole lot of improvement from week 1 to week 7).

I thought we could have it Now AND Later, but it seems we are settling for the later.

When you have a loose tooth, it takes time for the old one to get out of the way to make way for the newer, bigger, permanent tooth.  There are often pains associated with getting the new teeth in.   However while you waited for the new teeth to push themselves in, you still ate food.

But I  am pragmatic.  I get it.  As we wait for the new teeth as our new head coach cuts his teeth, we will just again go hungry, waiting for more.

In the meantime, watching the Bulldawgs in 2016 will be about like going to the dentist.

Someone pass me the laughing gas.