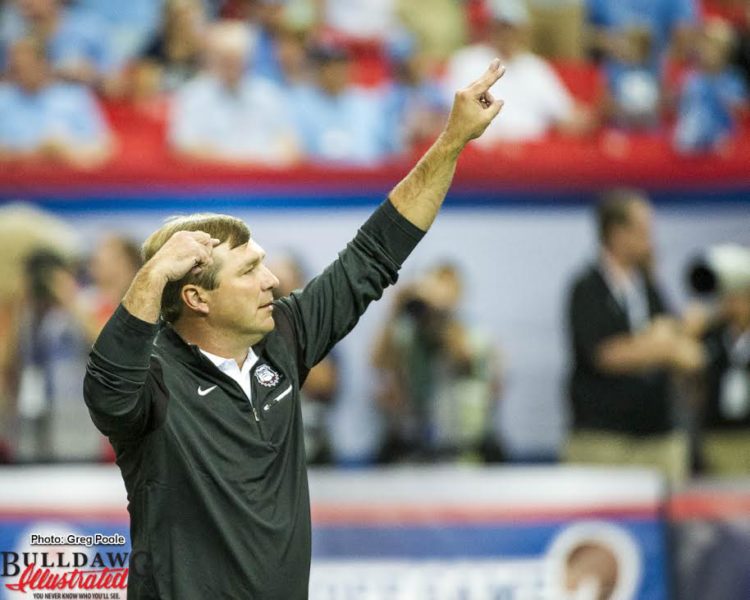 The Georgia Bulldogs played a hard fought contest against the North Carolina Tar Heels that ended in a victory for the Bulldogs, but the Bulldogs defense led to a huge game changing stop that changed it all for the team.


With a 1:19 left in the third quarter, The Bulldogs were coming off a 17 yard touchdown shovel pass from Jacob Eason to Isaiah McKenzie that trimmed the Tar Heels lead down to 3. The score was 24-21 and the Bulldogs kicked the ball off to the Tar Heels, who fumbled the ball but was able to recover their own fumble. This in my eyes was when the momentum was slowly beginning to swing the Bulldogs way.


The Tar Heels began their drive on their own 12 yard line and on first down quarterback Mitch Tribusky attempted to pass the ball to get his team a little breathing room, but he threw an incomplete pass. The Tar Heels next two plays would be the plays that completely changed the game into the Bulldogs favor.


On 2nd down and 10, the Tar Heels attempted another passing play and Tribusky completed the pass to wide receiver Austin Proehl for a 13 yard gain to their own 25 yard line. However, the Tar Heels right tackle Jon Heck was flagged for being an ineligible man downfield, which would lead to the Tar Heels having to replay 2nd down.The flag made Tar Heels head coach Larry Fedora absolutely livid and he came running onto the field, but was flagged by the refs for unsportsmanlike conduct. This sent the Bulldog fans into an absolute frenzy and they were louder than they had been the whole game.


On the next play, The Tar Heels attempted a third passing play from their own 4 yard line. Quarterback Mitch Tribusky received immediate pressure from defensive lineman Daquan Hawkins-Muckle and almost ran out the back of the end zone. However Tribusky scrambled and tried to evade the pursuit of the defensive line before throwing a pass to running back Elijah Hood, who was also in their own end zone, and was immediately forced out of bounds by inside linebacker Roquan Smith.


The play resulted in a safety with 48 seconds left in the third quarter and put the Bulldogs in a position where they were only trailing by one. This sent the emotions for the Bulldog nation to an all-time high and completely swung momentum in the Bulldogs favor. They would not look back after the safety and would ride this momentum by adding on 10 more unanswered points. The Bulldogs had 19 unanswered second half points but this sequence of plays gave them the drive to finish out their comeback. The final score was 33-24 and was Kirby Smart’s first victory as the Bulldogs new head coach.