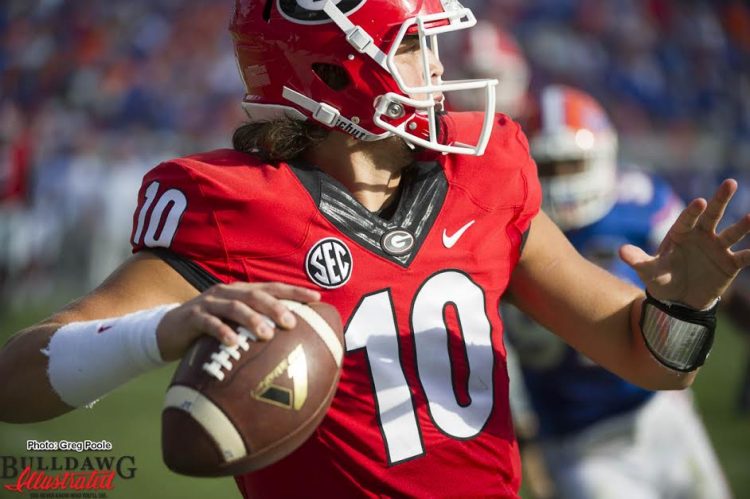 The Georgia Bulldogs are starting to play their best football in the later portion of this season and would love to finish the season strong against Louisiana-Lafayette and Georgia Tech.

The Bulldogs upcoming game against the Louisiana-Lafayette Ragin’ Cajuns has the makings of a trap game and they will have to not overlook this opponent if they hope to win out.


The Bulldogs must do these three things, in my opinion, to defeat their opponent this upcoming Saturday.

Anthony Jennings has experience playing in the SEC, as a former quarterback at LSU, and his ability to both run and pass make him a huge threat to the Bulldogs defense. Jennings has definitely improved as a passer since his time at LSU and this makes him one of the Ragin’ Cajuns most dangerous playmakers. If the Bulldogs can get pressure on Jennings and force him out of his comfort zone, then they should have yet another outstanding defensive performance.

The Ragin’ Cajuns have the 67th ranked passing defense and 10th ranked rushing defense which will give the Bulldogs added reason to let Eason air it out against Louisiana-Lafayette. Eason is continuing to grow more and more comfortable with each snap and this is the sort of game where the Bulldogs may have to put their trust in the young quarterback.


1.Don’t Get Overhyped by the Black Jerseys


The Bulldogs should improve to 7-4 this weekend but these three keys will be important for this young Georgia team.