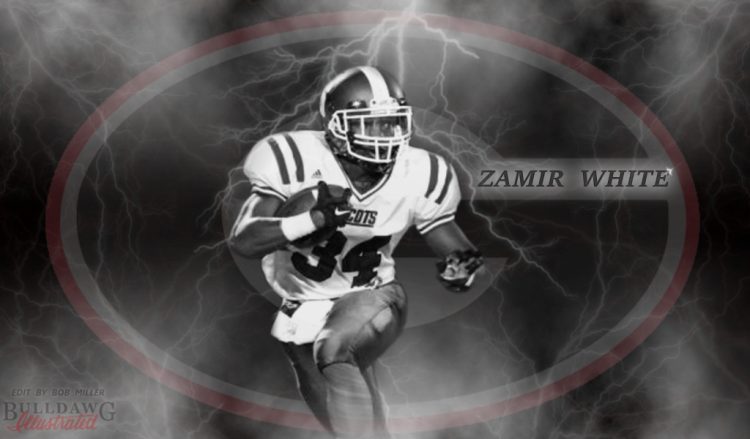 
The Fighting Scots hosted Mallard Creek for their season opener, a game that featured two of the state of North Carolina’s premier programs in 4-A. White, who committed to the Bulldogs back on June 27th and is considered the No. 1 running back for the class of 2018, rushed for 175 yards on 10 carries and was equally dangerous as a pass catcher, reeling in 2 receptions for 130 yards. The talented White lived up to his nickname of ‘Zeus’ striking for three scores on the night. Despite White’s eye-popping production, Scotland fell to Mallard Creek 28-21.

Here is one of Zeus’ two receptions that went for 66 yards and a touchdown.

Zamir White and his fellow Fighting Scots will hit the road next weekend for a matchup against Hillside High School in Durham, NC.