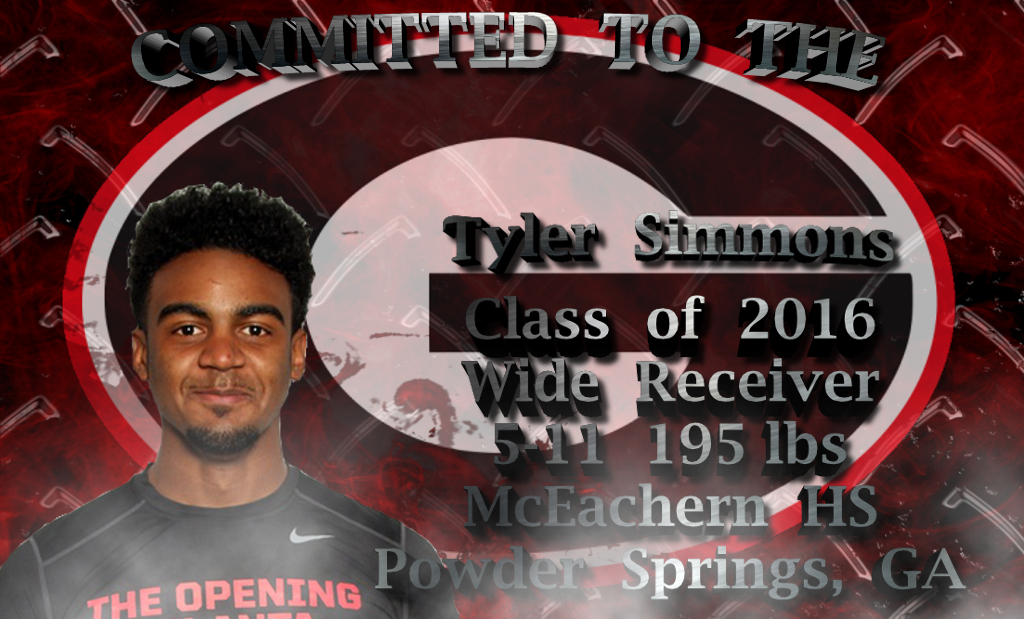 Class of 2016 Tyler Simmons has verbally committed to the University of Georgia.


Tyler Simmons is a 5 foot 11 and 195 lbs wide receiver out of McEachern high school from Powder Springs, GA. Simmons has over 20 offers from FBS college programs including Alabama, Arkansas, Auburn, California, Kansas State, Kentucky, Louisville, Nebraska, Stanford, Tennessee, and Wisconsin to name a few. He had originally committed to Alabama on January 2nd, 2016, but decided to decommit from the Crimson Tide and flip his commitment to Georgia on NSD. Go Dawgs!

Simmons is ranked as a 3-star prospect at receiver by 247Sports.com composite ranking system, and the 64th WR in the nation, 33rd ranked prospect in the state of Georgia. ESPN and Rivals.com also rank Simmons as a 3-star prospect at wide receiver, but Scout.com ranks the electrifying McEachern HS athlete as a 4-star and top SCOUT300 prospect.