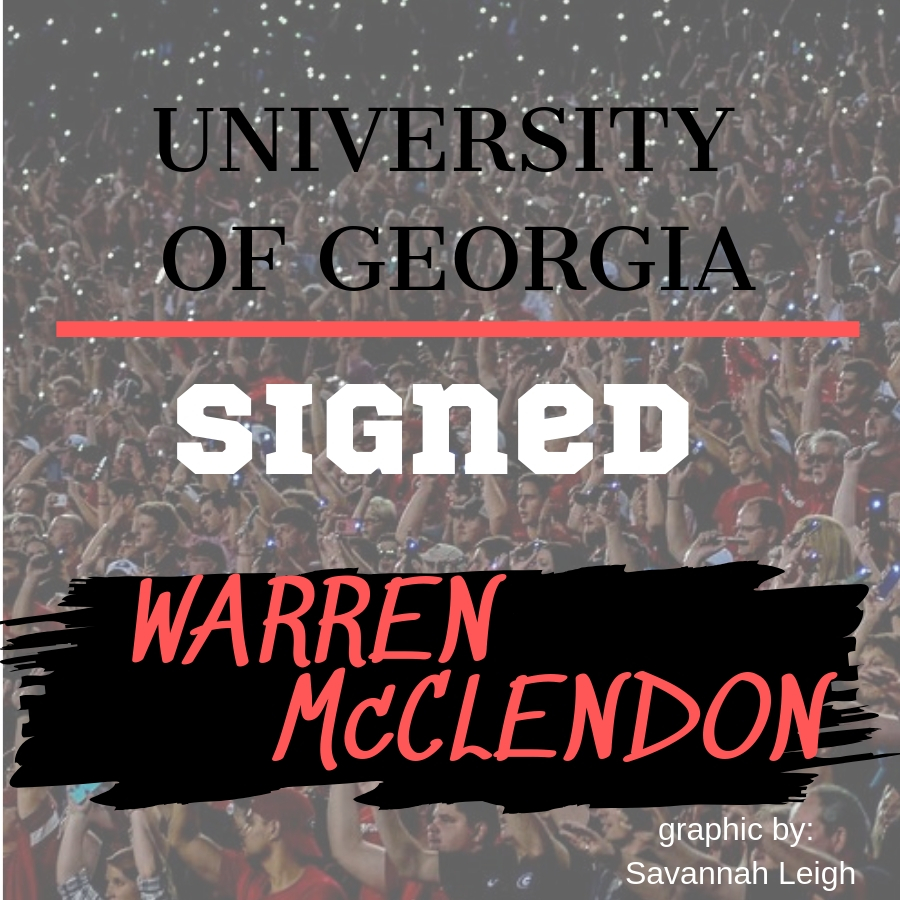 Warren McClendon is officially a Bulldog. He has sent in his paperwork and will join the team in January.

According to 247Sports, he ranks as the No. 22 OT and the No. 25 player in the state of Georgia.  He held 22 offers and participated in the Nike Opening Finals.

If his name sounds familiar, it is because he’s related to Bryan McClendon and almost went to the Gamecocks because of him. However, when he made his decision on July 16, he chose to stay home and continue the Bulldog legacy.

McClendon took his OV to Georgia on Dec. 14 and didn’t visit anywhere else after his commitment in July. He is a guy that seems to want to play for the ‘G’ and will join an already stacked offensive line room.

He is one of 12 that plan on sending in paperwork today. Georgia has 19 commitments for the 2019 class but looks to add six to eight more for this recruiting cycle.