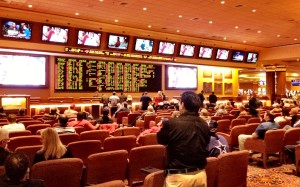 Last week was a good week on my picks.  I went 5-1-1.  I got Alabama, UMass, and Kansas State.  I pushed with Georgia Tech and completely whiffed on LSU.  Other picks I was on but couldn’t get published on time were N.C. State over William and Mary (William is OK, but you have got to keep an eye on that Mary) and the under in South Carolina/Vanderbilt.  So without further ado, here are some picks for week 2…

I must admit, if you read the post last week, you saw I had some rules, one of which was not to bet big point spreads.  That rule this week made it difficult to find good games.  For the greatness of week 1, there are some real duds in week 2.  But I did find a few that I like:

Lamar Jackson could become a big star if Louisville gets it together.  I guess Louisville can’t be considered a dark horse ACC contender if everyone is saying they are a dark horse ACC contender; that eventually makes you an ACC contender.  Anyway, I’m rambling.   This isn’t an official rule, but a general guideline. “Jerk” coaches who have good teams like to run up the score against inferior teams to make a statement.  Bobby Petrino is an jerk.  And he will be looking to make a statement to open ACC play.  Louisville wins big here.

I’m breaking one of my rules here by going with a lot of chalk.  But, see above; Urban Meyer and Bobby Petrino are cut from the same cloth, and Urban will run it up.  Always has, and a tiger don’t change his stripes.

I don’t know much about Cincinatti other than it’s Tommy Tuberville’s latest stop.  But I know about Purdon’t.  I think Cincinnati wins simply because they are playing Purdue, and it will be by at least a touchdown.

Other games I’m curious about and kind of like, but won’t be bold enough to make it a lock: