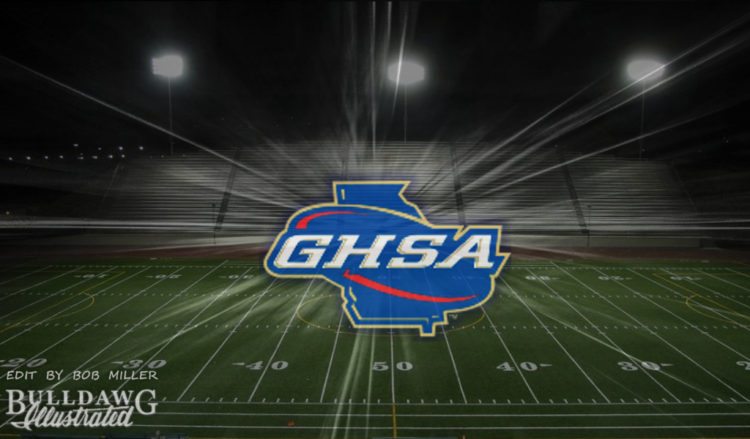 We are about a month away from the 2017 Georgia high school football playoffs as we roll into week number 9 of the season. Murray and I take a look at each of the seven classifications in the Peach State and the top-ranked teams. Plus, we look at some of last week’s interesting and big games from week 8 along with some contests not to miss out on this weekend. Join us on this episode of the Weekly Georgia High School Football Report.

There are some big region games this weekend around the Peach State:
(Note: Unless otherwise noted, if a team is ranked, the state composite rankings are used0)


Two top-three teams go at it in Class 7A in Region 8 when No. 1 Grayson travels to Lawrenceville to take on No. 3 Archer. Both teams are undefeated at 6-0 on the year. The Rams blanked the Tigers 38-0 last year. Can Archer get revenge by knocking off one of the top teams in Georgia?


Grayson at Archer is not the only top-10 matchup in Class 7A this weekend. No. 2 Lowndes heads over to Brodie Field in Tifton and puts their undefeated season on the line when they face (6-0) No. 9 Tift County. Last year, the Vikings beat the Blue Devils by three touchdowns.


South Forsyth is ranked No. 10.5 my GPB’s poll and No. 5 by the Georgia Sports Writers Association poll, while Milton is ranked 12th by MaxPreps. But regardless of these two teams’ rankings, this is a big, big, game for both squads as the winner will go into week 10 2-0 in Region 5, Class 7A and own the tiebreaker with three region games left on their respective schedules. South Forsyth won the game 35-14 last year, but Milton stands a good chance of coming out on top in this year’s contest with their defense. The Eagles are playing some good football with their only loss, a three-point close fought affair with No. 6 North Gwinnett.


The Brunswick-Glynn Academy game is a classic region 2 rivalry. Both are ranked in the top 10 in the composite rankings, but more importantly, the winner will have an inside track to the region crown and the state playoffs. The Red Terrors made the Pirates walk the plank 35-28 last year.


A top five match up in Class 6A between a couple of Region 1 teams, No. 4 Northside Warner Robins travels to Leesburg, GA and looks to hand No. 1 Lee County their first loss of the season. Northside won last year’s contest handedly 26-7. A win here is big as both teams still have to play No. 6 Coffee County. The Eagles play Coffee next Friday on the 20th and Lee County closes out their regular season play with the Trojans on November 3rd.


While the 7A, 5A, and 6A classifications get a lot of pub, and rightfully so, this AAA-Region 8 matchup between Monroe Area and Morgan County should be a fun one to watch. Both these squads are among the top 5 in scoring and the top 10 defensively in Class AAA. Morgan County won last year 28-0 and the Bulldogs would love to hand undefeated Monroe Area their first loss of the season. The question here, will it be a shootout or a defensive slobber knocker?


Callaway has won 25-straight region games in the regular season and is the defending region champ. Heard County and Emory Jones have the potential to put that win streak in jeapordy, though. And if you get a chance to do so, this one is worth watching because there are more than a few division 1 college prospects that will be on the field and include Heard’s QB Emory Jones and RB/Safety Aaron Beasley along with Callaway’s DB/RB Cartavious “Tank” Bigsby, DL Lichon Terrell, WR/DB Courtney Williams, and OL Keiondre Jones.


Note: This episode of the Weekly Georgia High School Football Report was recorded on Thursday afternoon.