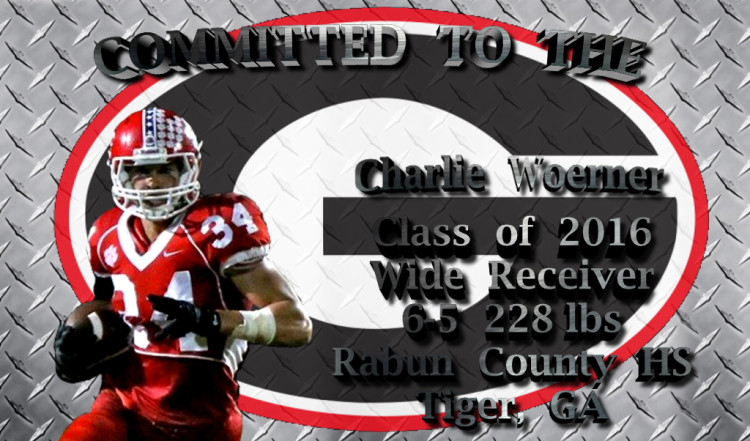 During his national signing day press conference, Kirby Smart praised signee Charlie Woerner for his approach to the recruiting process.


“This kid commits early, there’s no drama there. He decides to come to UGA. In my past, at the University of Alabama, we watched this kid for a long time. He’s a talented kid. What exactly is he? He’s a utility player that can do a lot of things. He’s 245 on his visit here, he’s getting bigger, he runs track. He’s played defense, he’s played offense. He’s not a guy that’s coming in and looking for the high profile situation. All he wants to do is come in and play and compete. I’m excited because, having gone against Jim Chaney’s offense, I know the way he uses players like that. I watched him do that with Hunter Henry, I watched him do that with guys at Tennessee. He’ll find ways to get the guy the ball and put him in unique situations for his body size and matchup. We’re obviously excited about Charlie.”