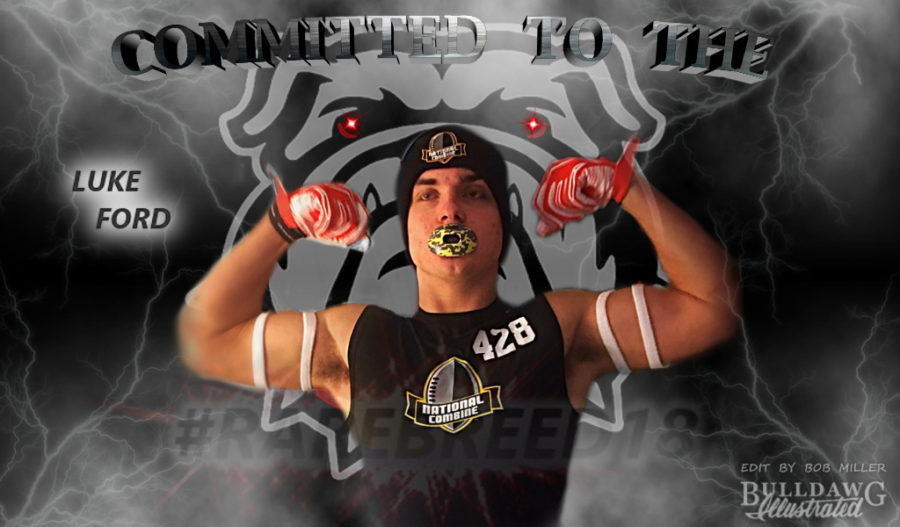 Carterville High School tight end Luke Ford announced his decision to commit to the University of Georgia just after 4:00 p.m. ET on Thursday afternoon and inked his National Letter of Intent with the Bulldogs.

The 6 foot 6, and 250 lbs Ford has 31 scholarship offers and chose to commit to UGA over Alabama, Auburn, Illinois, and Texas A&M. He is rated a four-star prospect and the No. 1 tight end by Rivals while 247Sports and ESPN rank Ford as the No. 3 tight end prospect in the 2018 recruiting class. He is considered a top-50 overall player nationally per 247’s composite ranking system and is also a Rivals Top100 and ESPN Top300 recruit.

Ford only got to play in 5 games his senior season for Carterville High School due to breaking his collarbone into the 4th game back in the fall, but he had a successful recovery and ended up playing for the Lions in their first-round playoff game. What the Bulldogs are getting in Ford is a big framed and brutally physical tight end who much like 2016 signee Isaac Nauta, will be an every-down player. Ford can hold his own blocking defensive ends and linebackers in the run game and on screens and is an excellent and athletic receiver who will present mismatch problems for linebackers and defensive backs, especially in short yardage and red zone situations.