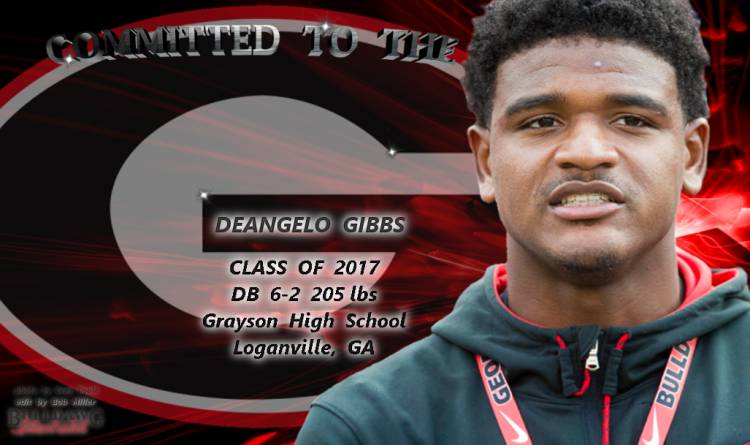 The University of Georgia picks of commitment number 21 for 2017 with DeAngelo Gibbs announcement that he will play for the Bulldogs.

Gibbs made his announcement during the break for the 3rd quarter of the Under Armour All-America high school football all-star game. The talented athlete from Grayson High School chose Georgia over Alabama and Tennessee and had over 32 scholarship offers including Auburn, Clemson, Florida, Florida State, Miami, Michigan, Ohio State, South Carolina, Stanford, Texas, and USC to name just a few.

He is rated a five-star prospect by ESPN and Scout, and he is rated four-star prospect by 247Sports.com’s composite ranking system as well as Rivals. He is considered one of the top three prospects at safety for 2017 and is a top 247, ESPN300, Rivals100 and Scout100 player. He is an early enrollee; so, he will be headed to Athens this week and will join fellow early enrollees Jake Fromm, D’Marcus Hayes, Jeremiah Holloman, and Richard LeCounte III.