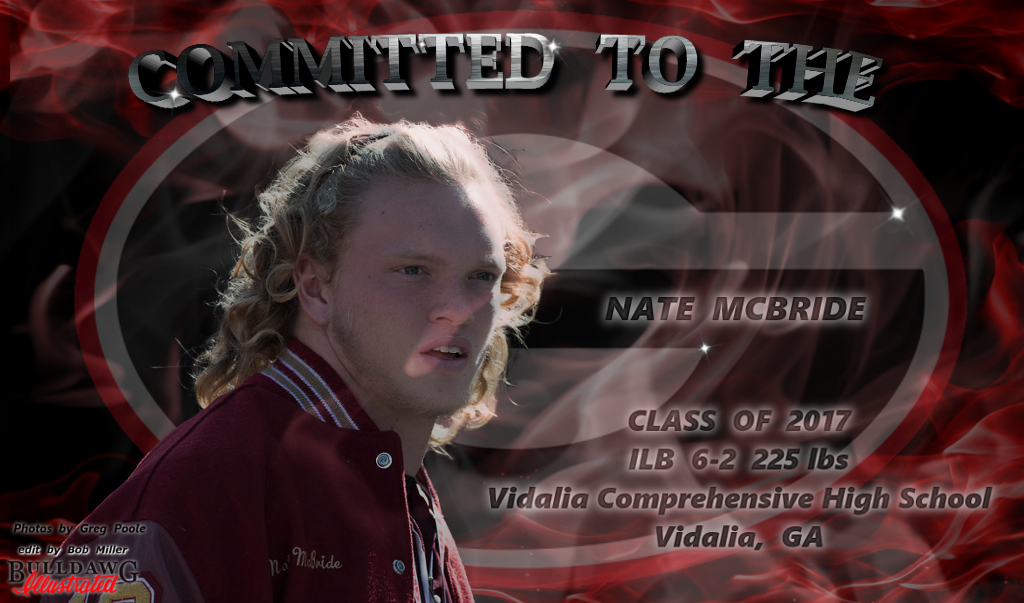 Vidalia four-star inside linebacker Nate McBride is a Georgia Bulldog. He announced his decision to commit to UGA moments ago.

Merry Christmas. I have made my decision. I am committing to ….. (https://t.co/U0WfRM4OUU)

McBride has over 18 scholarship offers from programs across the country including Alabama, Auburn, Clemson, Florida, Miami, Ole Miss, Oregon, South Carolina, and Stanford to name just a few. He chose Georgia over Alabama and Oregon and is the 20th overall commitment for the Bulldogs for 2017. McBride looks like a prototypical ILB at 6 foot 2 and 225 lbs and has all the athletic ability to be a future SEC star, but he is a little raw and will need some time to develop to be able to consistently play the inside linebacker position; however, with his intelligence and work ethic he will see the field and make an impact sooner than later.

He is rated a 4-star prospect by 247Sports.com’s composite ranking system, and one of the top two players at his position as well as a top 15 player from the state of Georgia for the class of 2017. Rivals along with Scout and ESPN also rank McBride as a 4-star prospect. He is a top 247, ESPN300, and Rivals100 player.