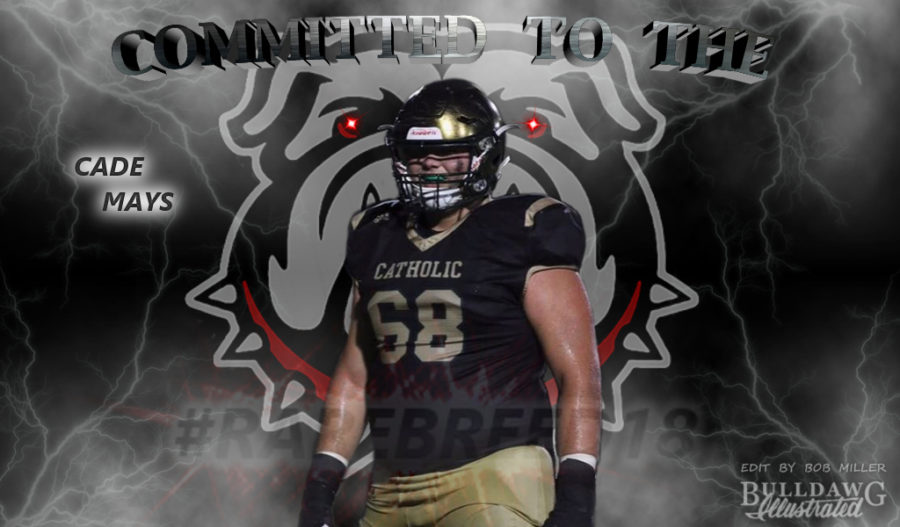 Five-star offensive tackle Cade Mays announced his commitment to the University of Georgia on Wednesday afternoon just after 2:30 p.m. ET and signed his LOI with the Bulldogs.

The talented big man out of Knoxville, TN chose Georgia over 14 programs including Clemson and Ohio State. Mays makes the fifth offensive linemen to commit to and sign with UGA joining Owen Condon, Warren Ericson, Trey Hill, and Jamaree Salyer in the Bulldogs 2018 class.

Hailing from Knoxville Catholic High School, the 6 foot 6 and 327 lbs mays is ranked as the No. 3 OT by 247Sports and ESPN while Rivals has him as the No. 2 OT in this recruiting class. Per 247’s composite ranking system, Mays is a five-star prospect and the No. 16 player overall in the country. Mays, like fellow UGA offensive line signees Trey Hill Jamaree Salyer, has been selected as a U.S. Army All-American and is slated to play in the 2018 U.S. Army All-American Bowl on Saturday, January 6, 2018.