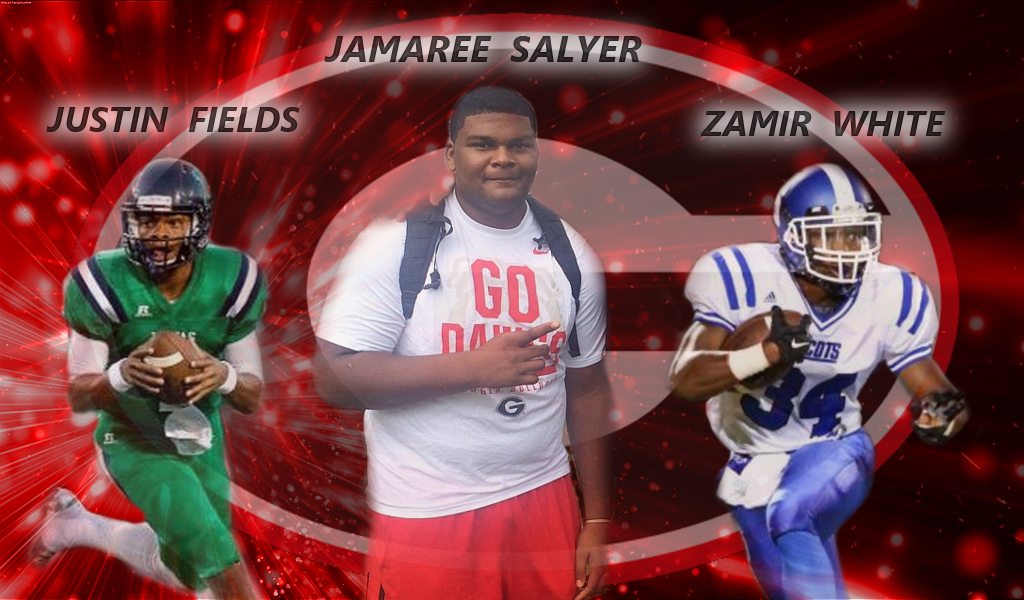 Class of 2018 prospects Justin Fields, Jamaree Salyer, and Zamir White are all in Athens, Georgia visiting UGA, headlining what should be a big recruiting weekend for the Bulldogs.


And that is just a few of the players that are visiting UGA this weekend, and more recruits are expected to come in today (Saturday).


Both recruiting prospects and current Georgia players took to Twitter about the visits so far, but what Bulldog fans are hoping to see this weekend are some commitment Tweets. Will UGA pick up any more commitments this weekend? There is a distinct possiblity; so, stay tuned…

Georgia fans 🐶I'll be taking another visit up there this weekend 🐾

You know what time it is🐶💯 https://t.co/VIDexAhw0o