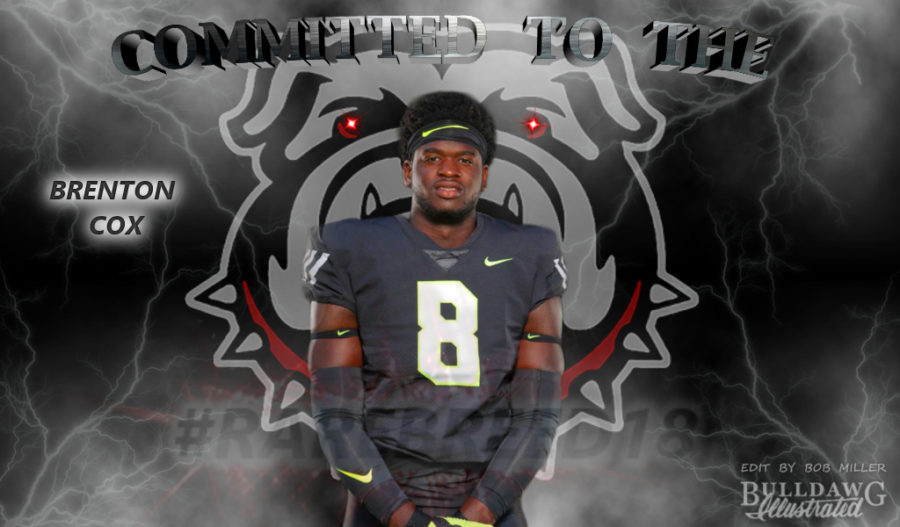 On Wednesday just after 3:30 p.m. ET, Brenton Cox announced his decision to commit to the Bulldogs and signed his National Letter of Intent with the University of Georgia.

The senior out of Stockbridge High School from Stockbridge, GA had committed the Buckeyes on April 25th, 2017 but decided to de-commit on December 6th a little over six months later. Cox has over 25 scholarship offers and chose the Bulldogs over Alabama and Ohio State.

Brenton Cox is a 6 foot 4.5 and 247 lbs prospect has been a standout on defense for the Tigers’ varsity high school football team where he plays at defensive end and linebacker for Stockbridge. He also plays on the varsity high school basketball team. 247Sports ranks Cox as the No. 3 SDE for the class of 2018 and a 4-star prospect along with Rivals, who rank Cox as the No. 2 SDE. ESPN ranks Cox as a 5-star, top-5 defensive end prospect. The talented athlete is considered a top ESPN 300 and Rivals 100. The composite ranking system over on 247Sports has Cox as the No. 22 overall player in the 2018 class.

As a junior last season, Cox recorded 75 total tackles, 18 QB sacks, 10 QB hurries, 8 tackles for loss, 6 passes defended, 1 forced fumble, and 1 fumble recovery in 13 games in region 5 in Class 5A according to Maxpreps. While he didn’t have quite as gaudy as a stat sheet this past season as a senior, Cox drew a lot of double and triple teams playing in the tougher region 4 in Class 5A. He still managed 42 tackles, 9.5 tackles for loss, 5 QB sacks. 2 QB hurries, 1 pass batted down, and 1 forced fumble.