Tonight at midnight, the current dead period for college football recruiting that started back before the holidays on December 14th will end, and the final sprint in the race towards National Signing Day 2016 on Wednesday, February 3rd will begin. So let the madness begin!

New Georgia Head Coach Kirby Smart and his coaching staff will hit the ground running to look to fill out the remaining spots left for the 2016 football recruiting class, and they will have from Thursday, January 14th through January 30th to do so during the contact period. This upcoming contact period actually started on November 29th and went through December 13th before the month long dead period began.

After the contact period, there will be 1 day on January 31st designated as a quiet period for 24 hours before there is a short dead period from February 1st through the 4th. 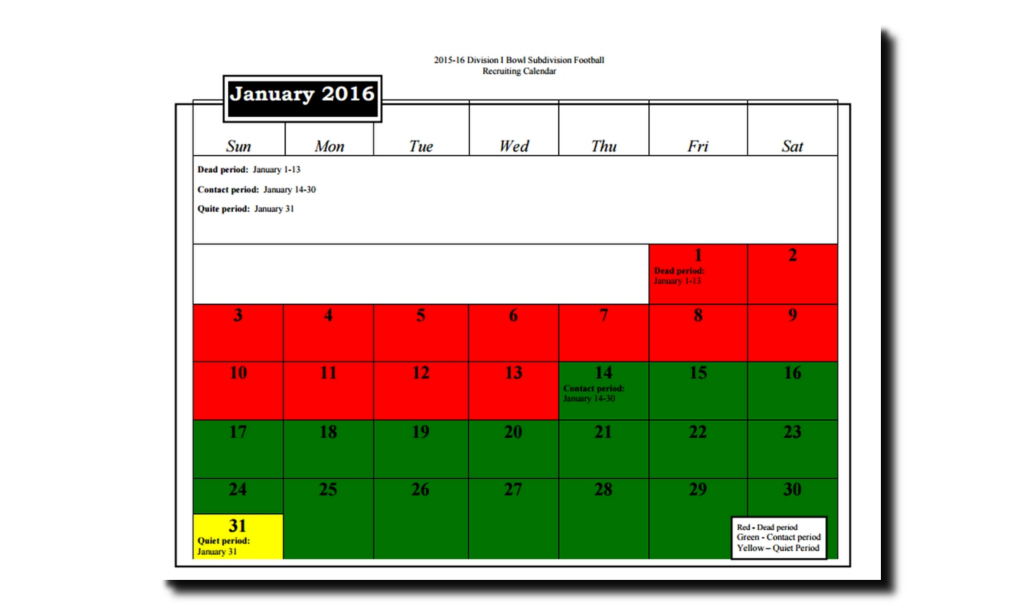 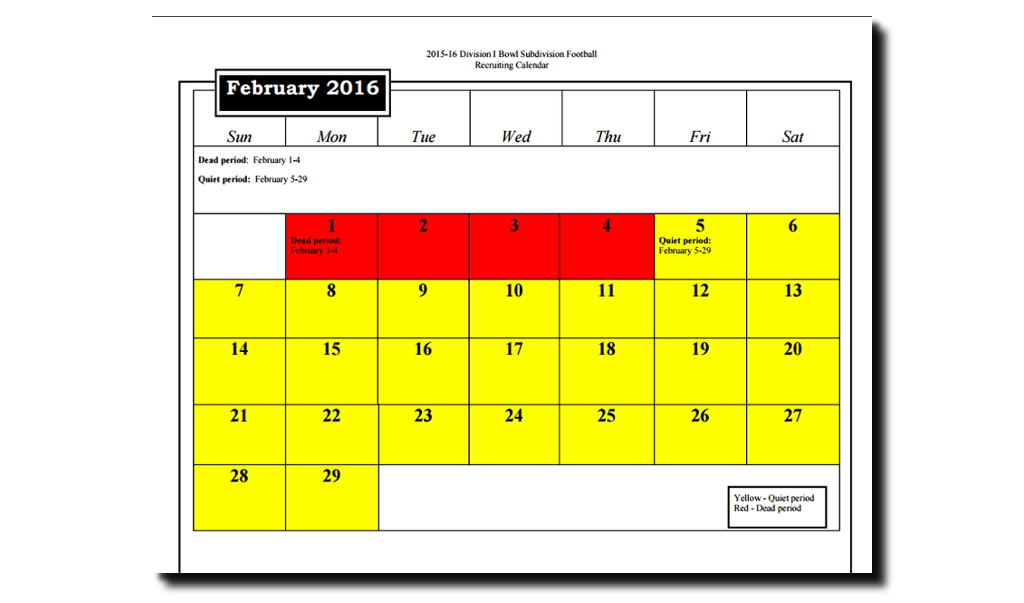 What is the difference between the contact period, the quiet period and the dead period?

The contact period allows coaches the chance to visit recruiting prospects and their families.

Head coaches are allowed to visit prospects off-campus once during the contact period from January 13th to January 30th if they did not do so from November 29th to December 13th. They are allowed to take an 1 or more assistants on that visit.

Staff members approved to recruit off campus, which usually includes the 9 assistant coaches, are allowed to make up to 6 off-campus visits per prospect, but are limited to 1 visit per week per prospect during the contact period.

During the quiet period, coaches and staff members are not allowed to have any off-campus in-person, face-to-face contact with a recruiting prospect, but are allowed to have prospects and their parents or guardians visit the campus of the school. Electronic communication including phone calls are allowed with the restriction of one call per week per prospect.

During the dead period is considered one of the most restrictive phase of the NCAA recruiting calendar. Coaches and staff members are not allowed to have any in-person, face-to-face contact with a recruiting prospect or his parents or legal guardians on or off campus, but they are allowed to stay in contact with recruits via electronic communication. However, there is a limit of one call per week per prospect versus the contact period where unlimited calls be made.

Once a high school student starts classes his ninth grade year, he become’s a “prospective student-athlete” or PSA aka a recruiting prospect. He is allowed to unofficially visit a school’s campus as a freshman, sophomore, and junior, but the school is not allowed to pay for his or his parents or guardians an official visit. Once a recruiting prospect starts his senior year of high school, he is allowed to schedule official visits. His parents or legal guardians may attend as well.

Prospects are allowed to take a total of 5 official visits but only 1 per official visit per school, which the school pays for the recruiting prospects travel expenses, plus room and board which includes 3 meals per day, and entertainment expense which include 3 admissions to a home athletic event. The visit is limited to a maximum of 48 hours or 2 days. However, before a prospect can set up and make an official visit to a school’s campus, he must submit a copy of his high school transcripts, SAT or ACT test scores and register with the NCAA Eligibility Center.

Prospects are allowed to unofficially visit the school’s campus as much as they want, but they must pay for their travel expenses including room and board during visit. The school is allowed to provide the prospect and his parents or guardians with 3 free admissions to a home athletic event. 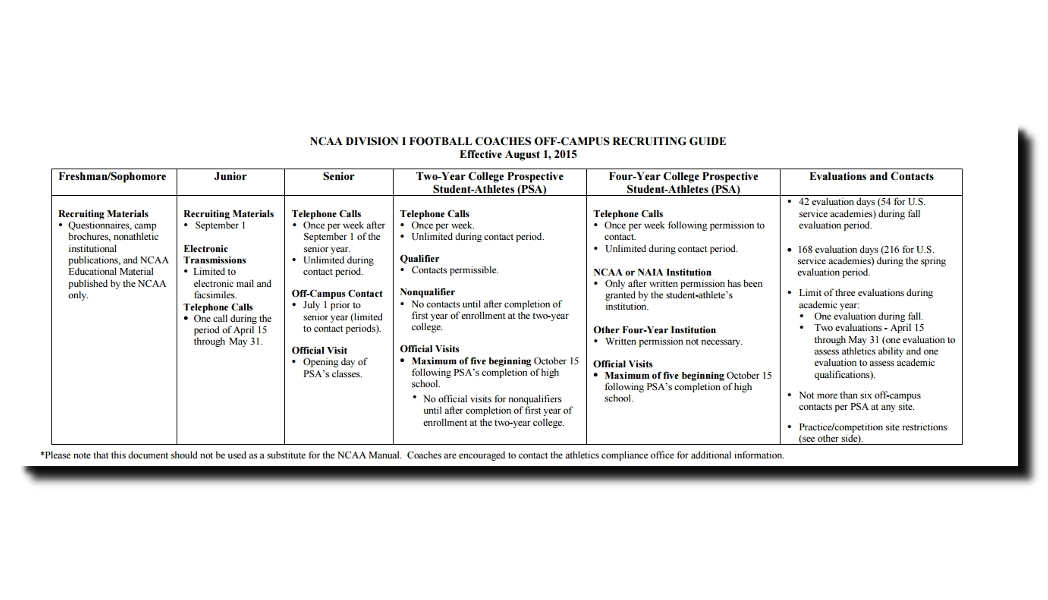 And now with all those boring details and NCAA recruiting rule and regulations out of the way, what you really want to know is … are there any prospects that will be visiting UGA between now and national signing day?

As of today, UGA has 16 commitments for the Class of 2016, six of which have already enrolled early and are on campus. Those six are defensive back Chad Clay, offensive lineman Ben Cleveland, quarterback Jacob Eason, tight end Isaac Nauta, wide receiver Cavin Riley Ridley, and defensive lineman Julian Rochester.

CLICK HERE FOR THE LUCAS ROGERS BI RECRUITING 2016 HOT BOARD