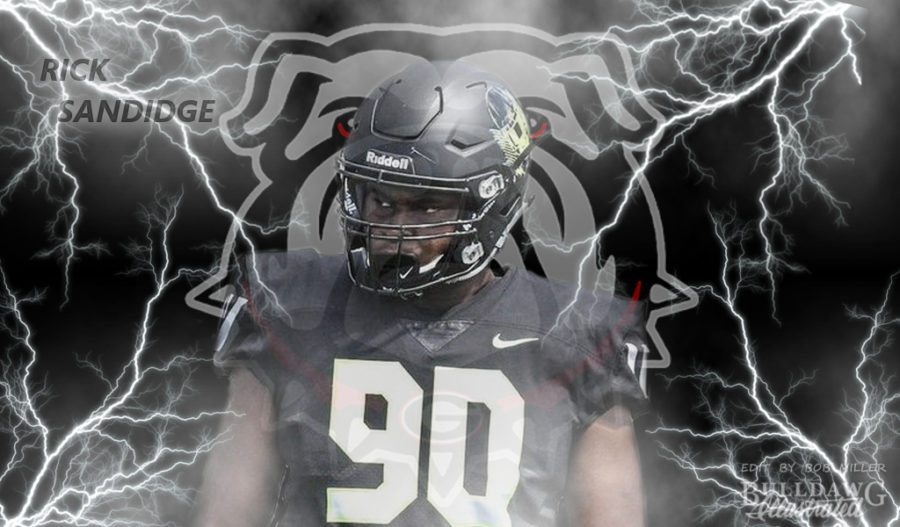 UGA has two defensive tackles committed so far for 2018 with Liberty County’s Tramel Walthour and DeVonte Wyatt out of Hutchinson Community College. Wyatt was actually a 2017 signee for Georgia out of Towers High School, Decatur, GA but fell just short of being able to qualify academically. It looks after one semester at Hutchinson he will have all the requirements needed to go ahead and enroll and will do so in January.

While the 2017 recruiting class was considered a resounding success, ranked top-3 nationally, one area that could be deemed lacking was the number of defensive linemen and defensive tackles signed. Outside of Wyatt, the only other player that could potentially develop into a DT is SDE Malik Langham. So it is important for the Georgia staff to bring in some bodies in this class. In addition to Walthour and Wyatt, I would expect them to sign at least two more DTs and at least one SDE. Let’s look at four potential 2018 DT prospects.

NEWS & NOTES: Since UGA offered C. Barmore just three weeks ago on October 2nd, and his recruitment has literally exploded. The Philadelphia, PA prospect has received over seven offers since the Bulldogs offered. He had been committed to Temple but de-committed from the Owls last on October 6th. Barmore is a physical specimen at nearly 6 foot 6 and 292 lbs and is athletic for a player his size. However, he has only been playing football for about a year; so, is still raw but his potential is sky high.

NEWS & NOTES: Robert Cooper is a massive human being and a monster in the trenches. The South Gwinnett High School D-lineman has been committed to Florida State since last June, but the Georgia coaching staff offered him in January and have been busy trying to make up ground in his recruitment. Keep your eye on this one. With the job Coach Tray Scott has done with the Dogs’ D-line, it has made prospects like Cooper stand up and take notice. There is a possibility that UGA could flip Cooper, here, and Georgia got him on campus for a visit on Oct. 14th for the Missouri game.

Cooper could be the heir apparent to John Atkins at nose guard for Georgia for the next several years. He’ll need to come in and do some work in the strength and conditioning programs, think of him as Solomon Kindley when he came to UGA but just on the other side of the ball.

NEWS & NOTES: Sandidge was offered back in January by Georgia and included UGA in his top-11 schools on May 1st. The Bulldogs new D-line Coach Tray Scott recruited Sandidge when Scott was coaching the position group at UNC. Sandidge visited Athens with his family the weekend of July 15th and Tweeted out he loved UGA; however, he also had a very good visit to Columbia, SC on July 20th and 21st. On August 7th, he released a top seven that included UGA and USCe. It looks like this may end up being a Bulldogs vs. Game Chickens battle with South Carolina having the edge currently. This football season, Sandidge has visited UNC Sept. 9th and South Carolina on Sept. 16th. Of the four prospects listed in today’s recruiting daily page, Sandidge is probably the biggest long shot for Georgia to land, even more so than flipping Cooper, at the moment.

NEWS & NOTES: Trout was offered by the Bulldogs’ coaching staff back in February, and he put UGA in his top 9 on June 13th. The big D-lineman out of Missouri has a number of major FBS offers. Trout had a busy summer taking unofficial visits to schools like A&M, TCU, and Oklahoma. The big question is whether or not Trout will stay home and commit to Mizzou? And if he doesn’t, then where is he most likely to go? Well, we got a little clearer picture on Tuesday night, when Trout released his top six which includes the Bulldogs along with Bama, Miami, Missouri, Southern Cal, and UCLA. A&M, TCU, nor Oklahoma made the cut. He most recently took an official visit to UCLA a couple of weeks ago on September 30th..