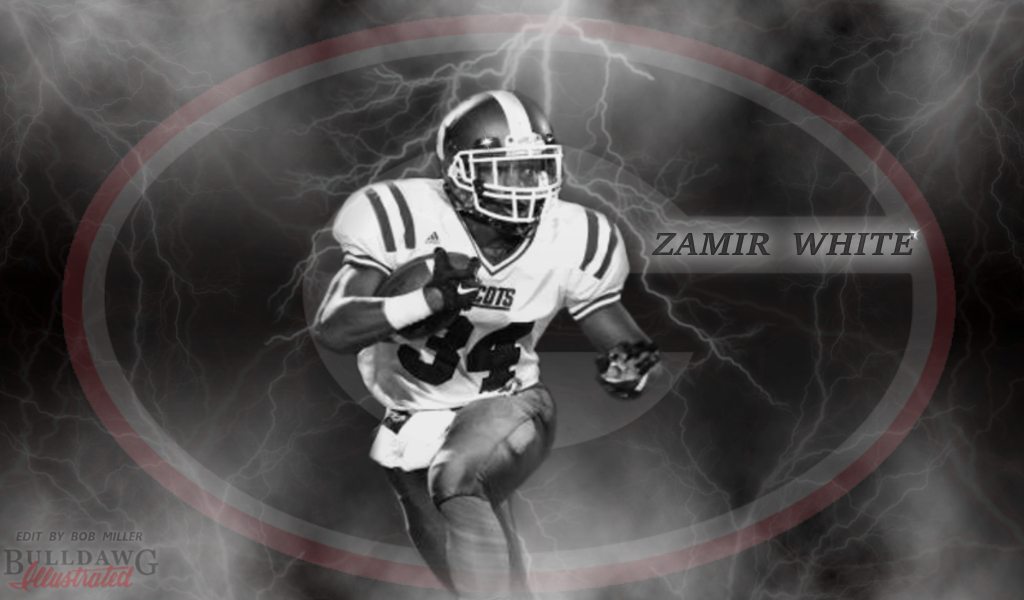 UGA 2018 running back commit Zamir White rolled up 235 yards and 3 touchdowns on the ground in Scotland’s 40-27 win over West Meck on Friday night.

Zamir “Zeus” White, carried the ball 24 times, averaging 9.79 yards per rush. As the Tweet from the Fighting Scott’s account indicates, it wasn’t just a “Zeus” show as his Syheam McQueen added 162 yards and 2 touchdowns on 18 carries.


And BI’s I’mYourHuckleberry was in attendance to witness the No. 1 running back in the class of 2018 and Scotland High School put on that show.

What that @zeus1_34 running the sprint option with @justnfields???#UGA #DawgNation pic.twitter.com/c2lqknIZgZ

Zamir White coming right into you living room! Only thing that can stop him is the sideline! #UGA #ATD@KirbySmartUGA @DellMcGee pic.twitter.com/V29DlkSeFb