The UGA men’s golf team is on top of the leaderboard after round one of the Puerto Rico Classic at the Rio Mar Beach and Spa Resort on Sunday. The Bulldogs shot an impressive 7-under-par 281 and hold a 2-stroke lead over NC State.

“It’s always nice to get off to a good start,” said Georgia head coach Chris Haack. “I’m really proud of the team picking it up when Greyson Sigg wasn’t having the best of days, but there is a lot of golf left so we just need to continue to play aggressively.”


Sophomore Tye Waller paced the Bulldogs with a 4-under 68. He is tied for second, one shot back of N.C. State’s Stephen Franken.


The Bulldogs also got a 2-under 70 from senior Jaime Lopez Rivarola, who rebounded from a 3-over front nine to shoot 5-under on the back. Jack Larkin Jr. shot a 1-under 71 and Spencer Ralston was even-par with a first-round 72. Sigg had Georgia’s non-counting score of 5-over 77.


The teams will tee off on Monday to start round two of the Puerto Rico Classic and the tournament will conclude on Tuesday with the third and final round. Live scoring can be found on BirdieFire.com. 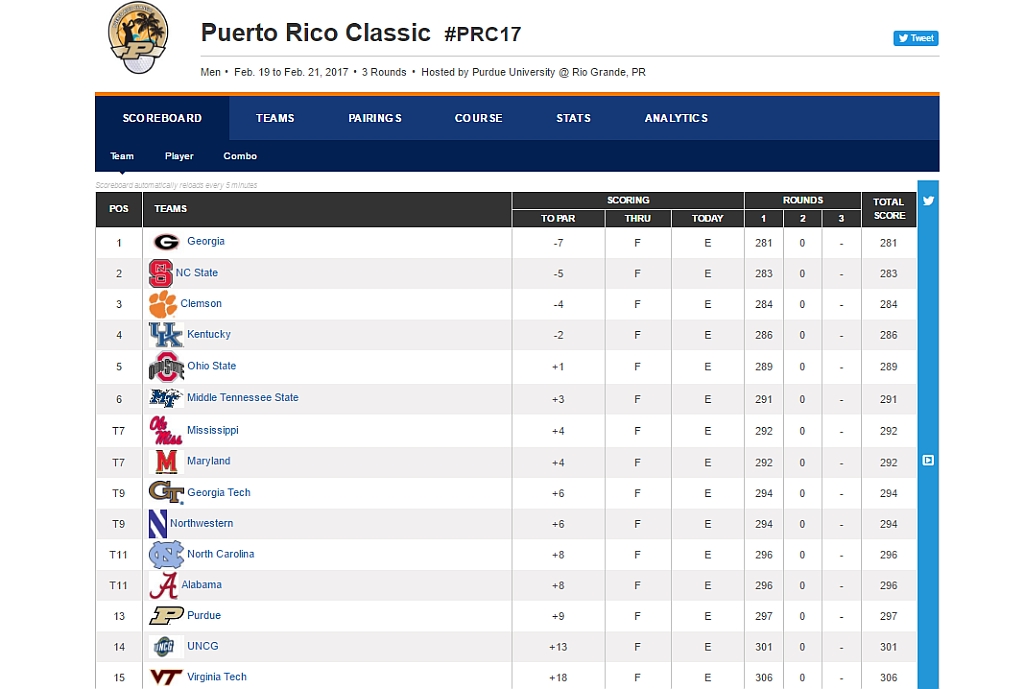