The Georgia men’s golf team shot a 1-over par 289 on Tuesday in the final and third round of the Puerto Rico Classic to finish in second place overall for the tournament.


For the three rounds, the Bulldogs shot an impressive 8-under par for a total of 856. Team honors went to Clemson at 19-under 845, while Georgia Tech and North Carolina State tied for third at 5-under 859.


On Tuesday, the Bulldogs were led by freshman Spencer Ralston, who signed for a 2-under 70. Senior Greyson Sigg and sophomores Jack Larkin Jr. and Tye Waller all added 1-over 73s. Senior Jaime Lopez Rivarola had Georgia’s non-counting score of 4-over 76.


“I thought we had a pretty solid tournament overall,” Georgia head coach Chris Haack said. “We went through a few ups and downs, but we can learn from those as we move forward. The key in the spring is to play steady, consistent golf. We can build on the positives we had down here.”


Playing in the Puerto Rico Classic Individual, freshman Will Chandler had a final-round 1-over 73 and finished 10th at 20-over 233.


The Bulldogs will return to action Sunday through Tuesday in the Querencia Cabo Intercollegiate in Mexico. Pairings, tee times and results will be available at GolfStat.com. 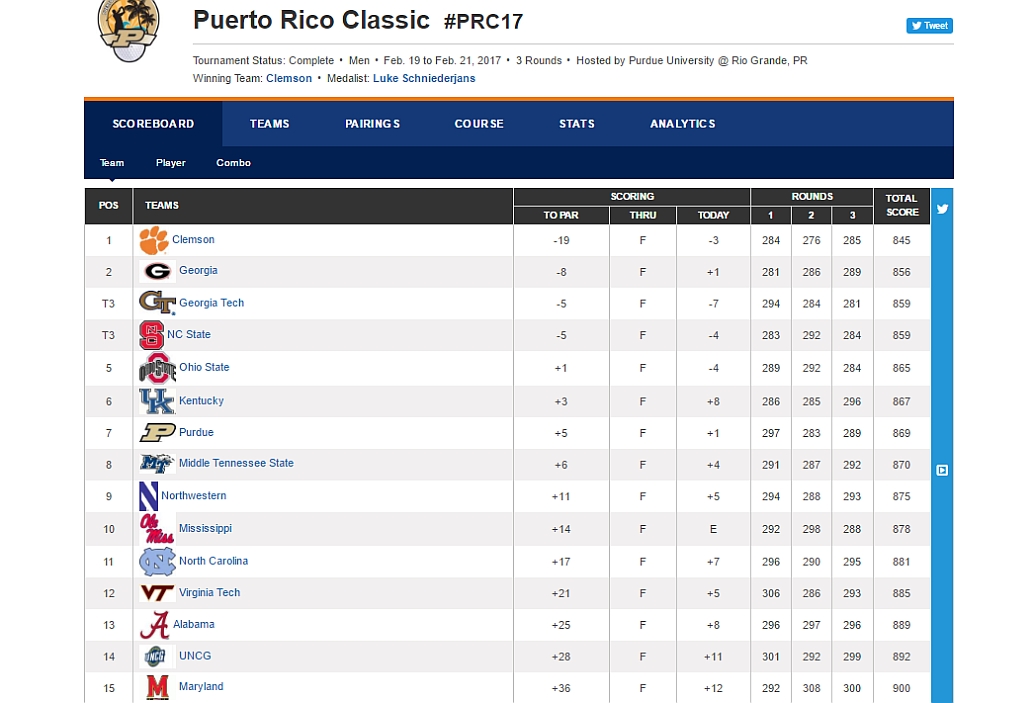