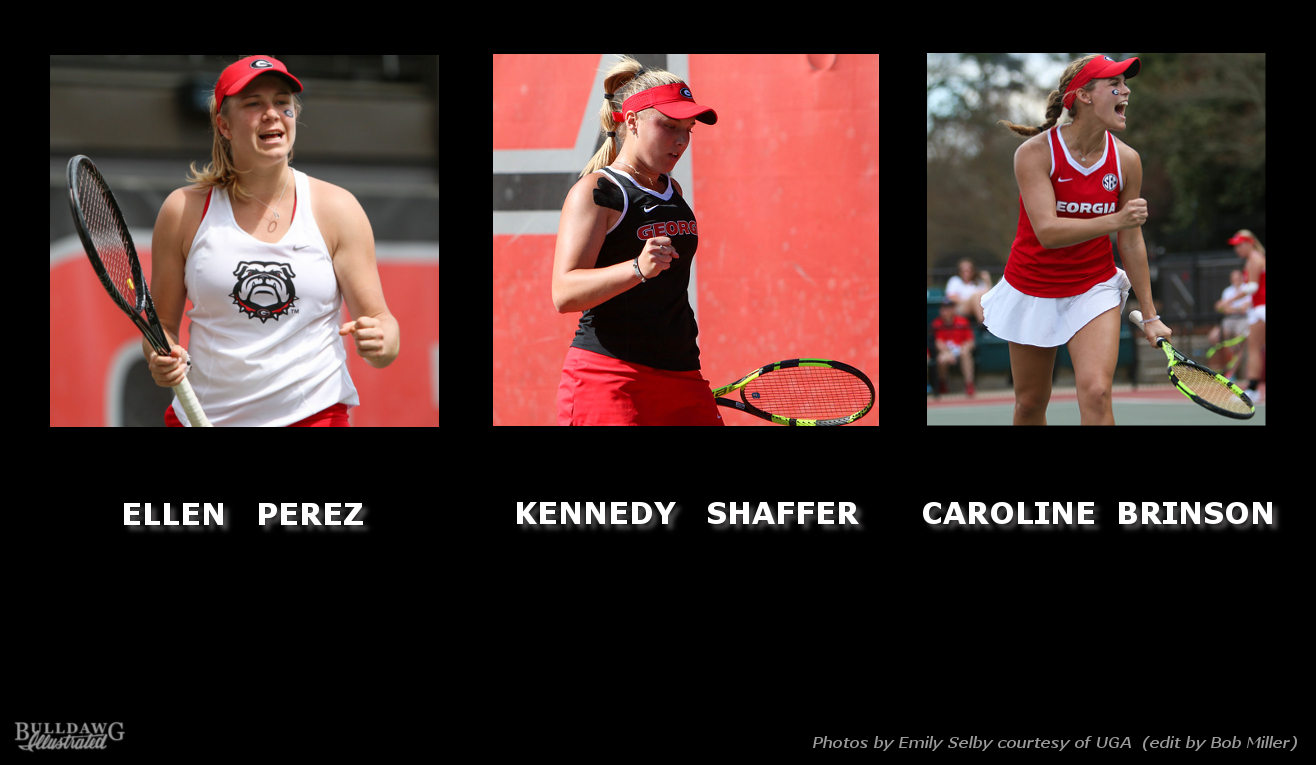 
Sophomore Ellen Perez led the way with a First-Team nod in recognition of her 16-2 spring season that allowed her to climb to as high as third nationally in the ITA poll. Counting fall play, the Shellharbour, Australia native claimed 20 victories over ranked opponents, headlined by a victory over then-top ranked Joana Eidukonyte of Clemson. She is currently ranked fourth in the ITA singles rankings.


Perez, who was All-Freshman and Second-Team All-SEC a year ago in addition to being a doubles All-American, was 11-0 in SEC play in the regular season and took a 13-0 record into the championship match against Florida before falling on the top court in Georgia’s 4-2 loss. In doubles, Perez went 12-6 along side partner Mariana Gould this spring as the 13th-ranked pair in the nation. She reached the semifinals in both singles and doubles of the ITA All-American Championships in Los Angeles in the fall.


Sophomore Kennedy Shaffer received a Second-Team All-SEC honor for the second-consecutive year after going 19-3 in dual play this spring. Shaffer had a breakout campaign for the Bulldogs, moving from the fourth court to the second as she climbed 73 spots in the rankings from 109 in January to her current mark of 36. She leads the team in wins (19) and match clinchers (seven) in spring play and held a 12-2 mark in SEC play.


Most recently, Shaffer completed a successful 2-0 trip to Baton Rouge for the SEC Tournament. At the LSU Tennis Complex, she claimed her first-ever win over a top-10 opponent with a straight-sets win over then-No. 9, SEC First-Teamer Belinda Woolcock of Florida. She also took down SEC First-Teamer Frances Altick of Vanderbilt on Saturday, 6-3, 6-4. In doubles play, Shaffer is part of the 67th-ranked doubles team along side senior Silvia Garcia.


Junior Caroline Brinson, tabbed 28th by the ITA, was selected for the SEC’s second team after leading Georgia in overall wins with 29 counting fall play. After winning the ITA Southeast Regional singles crown in the fall, Brinson has been a dependable player for the Bulldogs with eight wins against ranked opponents and a 6-2 record on the fourth singles court. In doubles play, she and Laura Patterson have formed a tough duo on the third court with a 7-2 record in conference play.


She also was honored with a spot on the ITA Indoors All-Tournament Team in February along side her doubles partner at the time, Silvia Garcia. The second-team selection was Brinson’s first ever conference honor.


Georgia will learn its NCAA first round opponent on Tuesday night at 5 p.m.


Other Honors and Awards