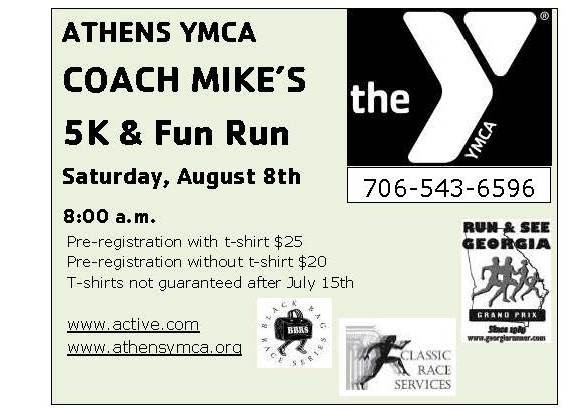 Mike Castronis was one of Georgia’s most beloved players and coaches. His career included playing football, coaching, and being an administrator at UGA. He was an All-SEC lineman from 1943-1945 and became a graduate assistant in 1946. Coach Mike went on to have a successful career as a high school football coach and eventually returned to the UGA in 1961 as head coach of the freshman football team. He coached the varsity offensive linemen from 1962-63 and later served as a coach under Vince Dooley.
[su_spacer size=”40″]
Coach Mike fell in love with the Athens YMCA’s resident camp in Tallulah Falls in 1947. During his years as a football coach, he worked at the summer camp where he led morning workouts, spiritual devotions, and hikes in nearby Tallulah Gorge. He spent 37 summers at Y Camp, up until his death in 1987.
[su_spacer size=”40″]
Coach Mike is well loved and remembered by those whose lives he touched. He was an avid runner and was devoted to teaching health and fitness to his students and campers. The 2015 health run named in his
honor commemorates the 33rd year of one of Athens’ most popular 5K races. Coach Mike’s family will be on hand to help kick off the race and give out awards to the winners.
[su_spacer size=”40″]

Pottery awards will be presented to Overall M/F, Masters M/F, and top three M/F in age groups beginning 10 and under through 75 and over.

The race is on the 2015 Black Bag Race Series and the Run and See Georgia Grand Prix Series.

Shirts are guaranteed to those who register before 7/15/15. No shirts will be given to any who registers after that date. There will be plenty of fluids and snacks after the race.