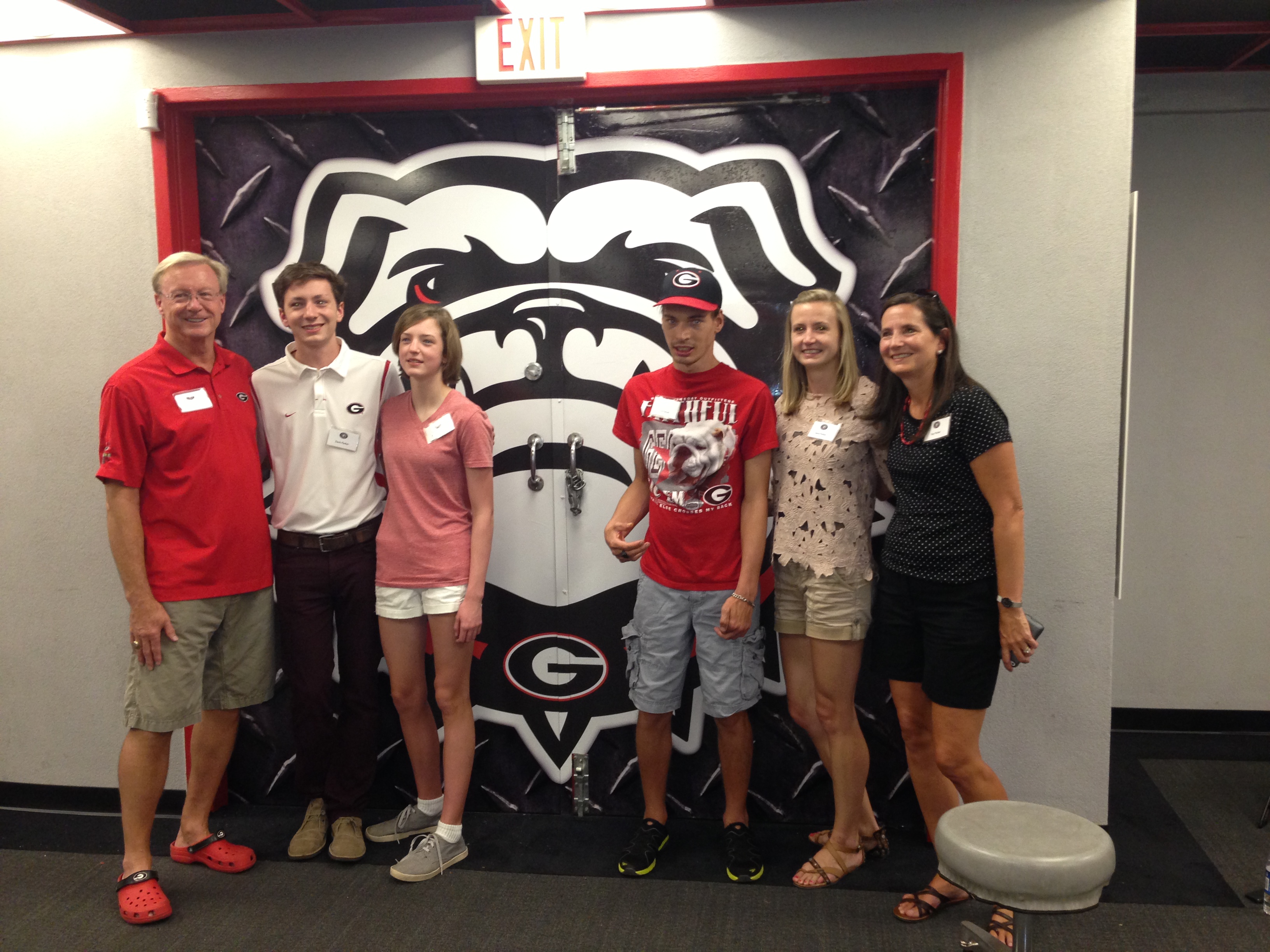 School/Degree: BA in American History (there was a lot less of it to study then).
Profession: Recently and gleefully retired after 30 years as an attorney in the Coca-Cola system.
Accolades: Voted second Wittiest in my Athens High School class (behind Gene Lewis).
What life lessons did you learn while at UGA?  Learning can be fun but learning by doing is more fun and better for you — as my father always said, the best lessons are those hardest won.

What professor did you most admire (and why)?  Bob Griffith, who inspired me to switch my major to History and Phinizy Spalding, one of UGA’s greatest historians and teachers. Both encouraged broad thinking, made history come alive and challenged me to think differently about life and people.

What do you consider your greatest achievement? Parenting, with Kay, four unusual, fun, challenging and uniquely different children. They would likely cite that process as my greatest failure.

Which historical figure do you most identify with?  I most admire Winston Churchill, who never wavered in his commitment to the British people and who kept his poise and humor even when they kicked him out almost immediately after he led them to victory in WWII.

Who are your heroes in real life?  Dick Copas, who has given selflessly to UGA and others for decades; I’ve never spoken to him when he didn’t ask “how can I help?”  And my father, who grew up dirt poor in rural Georgia, lived through his troopship being sunk by a German submarine off Normandy, went to college after WWII, joined the faculty at UGA and eventually became co-Athletic Director. He set the bar far beyond where I might ever reach.

Quote to live by: “There’s no limit to what a man can do if he doesn’t care who gets the credit” Robert Woodruff, espousing the principles of Sir Thomas Carlyle as captured by Dean William Tate in his motto “non sibi sed allis” (‘not for himself but for others’)

What is your idea of perfect happiness?  Sitting on the back porch with my father eating boiled peanuts and listening on the radio to Ed Thilenius paint a word picture of a stirring victory over the hated Yellow Jackets in the modern Gomorrah of Atlanta.

What is your most marked characteristic?  Holding strong opinions supported by few or no facts.

What do you most value in your friends?  Humor, integrity, honesty and trust – plus the generosity to give me that breaking 3-footer when my putting is at its shakiest.
If you could change one thing about yourself, what would it be? Somehow having a golf swing like David Denham’s.

Who are your favorite writers (and why)?  Southern: Flannery O’Connor, who wrote brilliantly about strong Southern women, of which I have known many; Blog: Will Leitch, nationally renowned sports blogger/podcaster, founder of Deadspin and Athens resident; Georgian: Loran Smith, who can evoke memories and images like no other.

Fave social media and who to follow (and why)?  I proudly follow no one on social media but if I did it would have to be Malcolm Mitchell because his life story and resulting commitment to change children’s lives through reading should make us all proud to be Bulldogs and eager to do more for others.