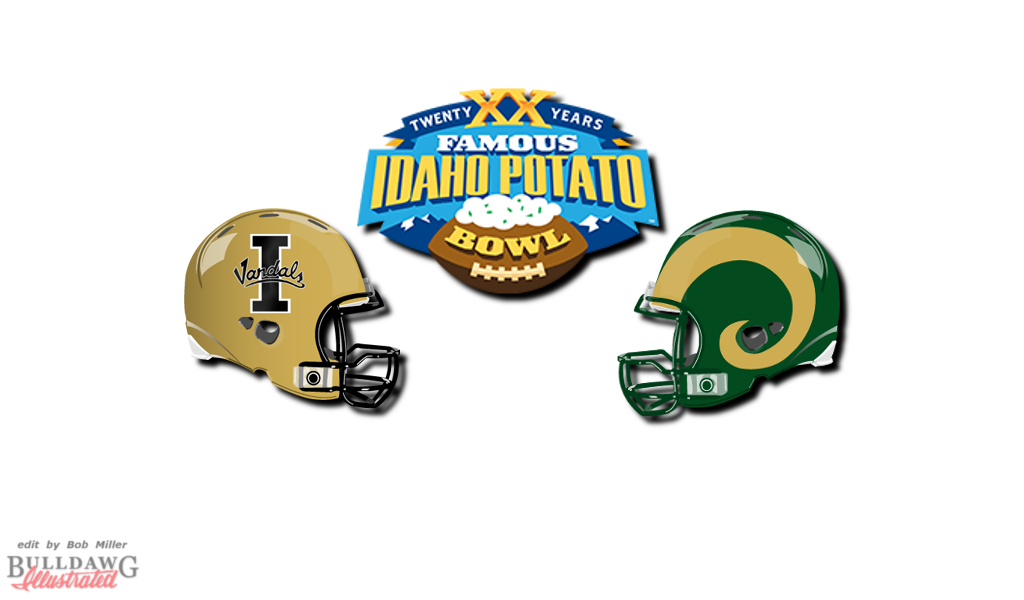 Having college football withdrawals yet waiting for the showdown in the Liberty Bowl between Georgia and TCU next week? You can scratch that pigskin itch if you can take the eye-popping blue field of Albertsons Stadium in the Famous Idaho Potato Bowl. Albertsons Stadium is Boise State’s stomping grounds, and although, they have had the “Smurf-turf” for over 20 years now, I can never get used to seeing football played on “The Blue.”

But if you are so inclined, there is an interesting matchup between (8-4) Idaho and (7-5) Colorado State, led by Head Coach Mike Bobo. The once-upon-time University of Georgia quarterback who went on to also coach quarterbacks as well as call plays as former Head Coach Mark Richt’s Offensive Coordinator, left the Bulldogs to become Colorado State’s Head Coach back in 2015. He’s led the Rams back to a bowl and to face Paul Petrino’s Vandals. State is favored by a whopping 16.5 points, and I’ll take those points and then some. Colorado State 52-34 over Idaho.