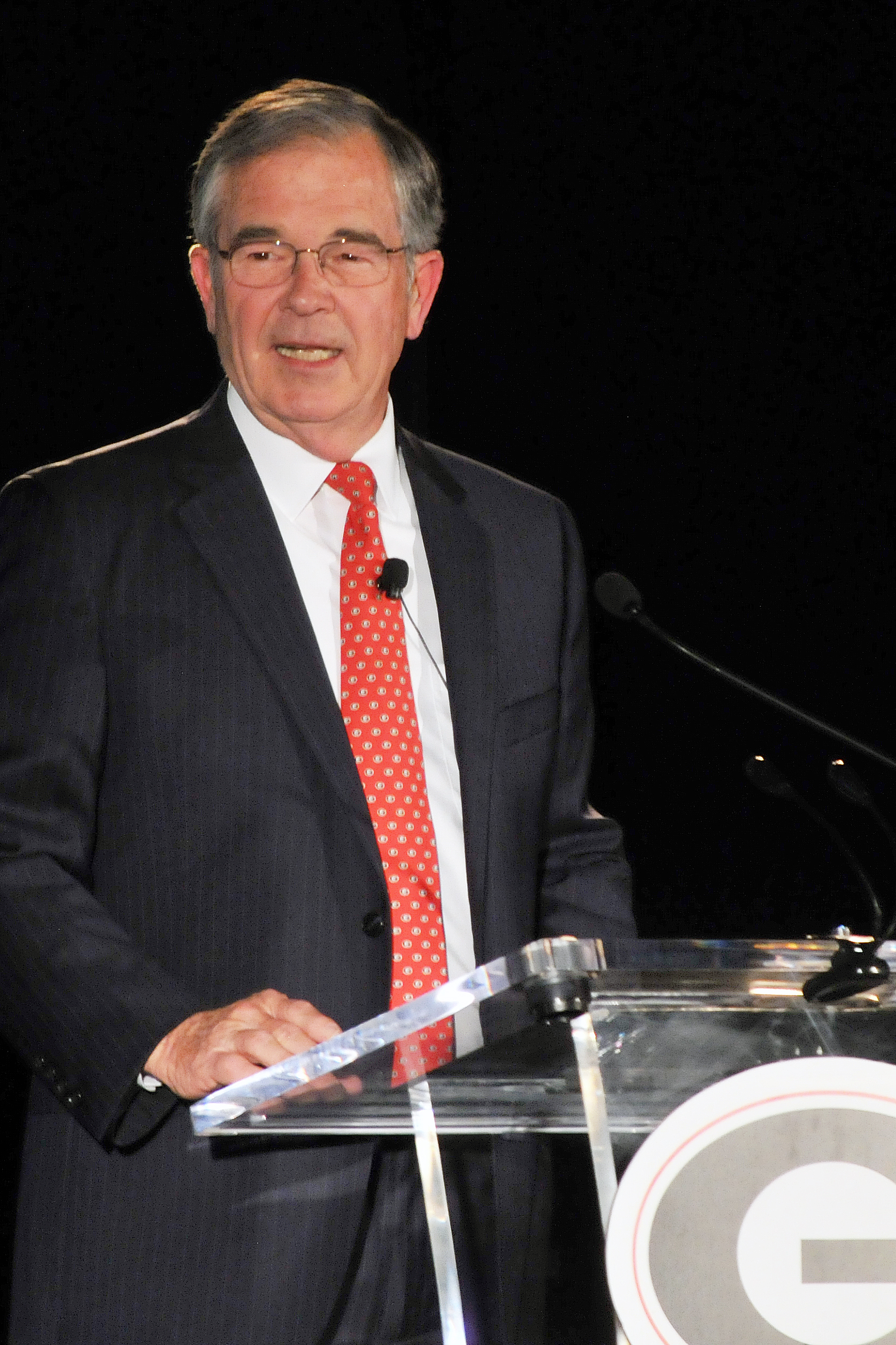 ATHENS——–Surrounded by friends, family, and a multitude of supporters, Billy Payne was front and center Monday night at the celebration naming event of Georgia’s indoor athletic facility which bears the name of him and his father, Porter.


The University System Board of Regents in February approved the official name of the facility as the William Porter Payne and Porter Otis Payne Indoor Athletic Facility in honor of former UGA all-star football player Billy Payne and his father, the late Porter Payne, also a former Bulldog letterman. The naming is the result of gifts totaling over $10 million secured from friends of Billy and Porter Payne.


“Countless individuals across our great state and indeed all over the nation and around the world have benefited from the vision and leadership of Billy Payne,” said President Jere W. Morehead. “We are proud to have his name and the name of his late father Porter Payne forever tied to our storied athletic program.”


Former CEO of the Atlanta Olympic Games and chairman of Augusta National, Payne graduated from UGA in 1969 with a degree in political science, and he earned his law degree from Georgia Law in 1973. Both he and his father lettered in football at UGA, Billy from 1966-68 and Porter from 1946-49.


“It is a great day for the University of Georgia to honor Billy Payne and his father, Porter,” said UGA J. Reid Parker Director of Athletics Greg McGarity. “We are exceptionally proud to have the Payne family name honored by placement on one of our most significant athletic facilities.”


Payne launched a successful bid to bring the 1996 Centennial Olympic Games to Atlanta and was named president and CEO of the Atlanta Committee for the Olympic Games in 1991. He continued in his leadership role and became the first person in modern history to land an Olympic bid and then to remain president and CEO during the games.


A founding member and chairman of Centennial Holding Company, a privately held real estate investment company in Atlanta, Payne became chairman of Augusta National Golf Club, home of the Masters Tournament, in 2006. He retired from that position following the annual tournament in 2017.


Twice named Georgian of the Year, Payne was recognized in 1997 with the Theodore Roosevelt Award, the most prestigious honor given to an individual by the NCAA. The National Football Foundation named him as the 2009 recipient of the NFF Distinguished American Award, which is presented only on special occasions to honor an individual who has applied character-building attributes learned from amateur football in their business and personal life. He was inducted into the UGA Circle of Honor in 2012.


Porter Payne was an All-SEC offensive lineman in the late 1940’s and was elected as the team captain of the 1949 team. While at Georgia, the Bulldogs won two SEC championships (1946 and ’48) and played in three bowl games—1947 Sugar Bowl, 1948 Gator Bowl, and 1949 Orange Bowl. He was a teammate of legendary Charley Trippi with whom he enjoyed a life-long friendship.


Following his college career, Porter Payne was selected to play in what was then the College All-Star Game featuring the college all-stars who had completed their eligibility against the NFL defending champion. Porter and the College All-Stars defeated the defending world champion Philadelphia Eagles, 17-7.


Payne was also an All-City, All-State, and team captain as a fullback at Boys High in Atlanta.