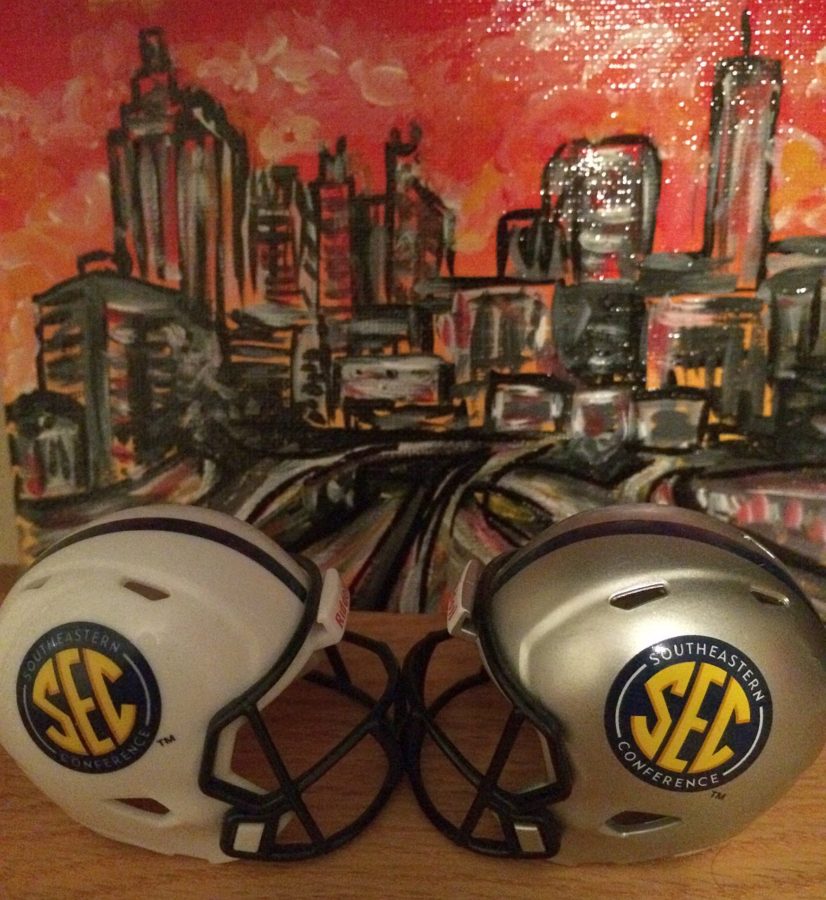 Southeastern Conference football placed two teams in the final of the College Football Playoff for the first time amongst conferences. In fact, no conference had ever placed two in the CFP, then both won out as lower seats (and slight Vegas favorites) in their respective bowls. The Dawgs eclipsing Heisman Trophy winner Baker Mayfield and Oklahoma at the Rose Bowl in Pasadena, California, and the Tide winning Bama-Clemson III in NOLA.

The SEC went on a record jag of national titles, ending finally when “Prayer”/”Miracle” Auburn ran out of luck versus FSU. But let’s face it: FSU and Clemson have been just good SEC mirrors for years, each breaking through but not emblematic of the style and quality of play of their league. The ACC had a hot year, last year, winning a CFP game then a Natty for long-suffering Clemson fans.

Instead, Nick Saban won his fifth national title in nine years Monday night in Atlanta. Leading 13-0 at half, 20-7 in the 3rd and 20-10 in the 4th, the Dawgs couldn’t close Bama out. Rodrigo Blankenship made a 51-yard field goal in overtime, which was followed by a huge sack. The next play will go down in Georgia lore as one of the great heartbreaks of our lifetimes, as real fans of American college football. Woe, the Georgia fan long suffers.

The first CFP, four years ago, was Ohio State’s year with Ezekiel Elliot running wild. Like I was saying, last year the power shifted Atlantic Coastal Conference, especially strong on the cooling heels of Jimbo Fisher winning it all for the Noles not so long prior. Clemson finally quit “being Clemson” and became national champs. Meanwhile, the SEC had a down year (6-7) with lots of teams in bowls, too many for favorable match-ups. Our league won another title (Bama) the year prior and won that Bowl Challenge -the best bowl conference, each year. What you are seeing longer trend is it is either the SEC or another conference, but the other conferences don’t have the consistency of quality our league does. Namely, the SEC is the league Alabama plays in and wins championships, while Georgia has been remarkable in bowl games. And, SEC fans are tops in the world.

Then, this year, the bowl matches looked dicey to me again and were, with two league teams in the CFP and way fewer than usual entrants. The league cemented a sad sub-.500 record last weekend, but with two teams advancing. One would win, one would lose. The SEC would dominate the nation at the top, with another below average overall bowl showing. Two years below the Mendoza in bowls is a black eye for the greatest conference.

The South Carolina win at Michigan a notable bright spot, as the (no CFP qualifiers) Big 10 handily won the challenge with one total loss. SEC Runner-Up Auburn was smoked in Atlanta by the better team in undefeated UCF, LSU dropping a significant contest to Notre Dame. The bottom of the league bowl qualifiers unimpressive.

No Florida. No Tennessee. Only UT, UF, UGA, LSU, Auburn and Bama have ever won the SEC since the creation of the SEC Championship Game, first played in Alabama then wisely switched to the World Capital of College Football. Each of those schools has won it more than once. With UT and UF non-factors who fired coaches and the non-Tide getting beat near the top in the SEC West – as far as real contenders ever – the league was clearly diluted.

Strong at top, though, as I said all year. The case could still be made and mostly won for best overall conference at this minute. And, I see Georgia and Alabama as easy favorites for the SEC East and SEC West next year. Alabama would finish the 2017 football year ranked number one and Georgia would finish ranked number two.